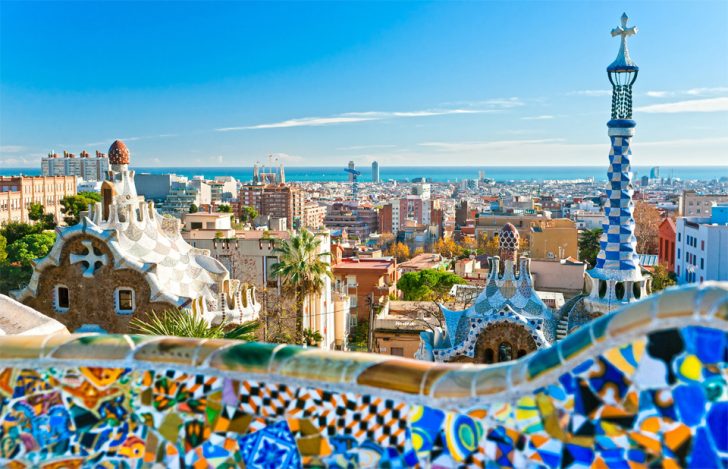 Barcelona is Spain’s second-largest city, and with that the capital of Catalonia, so it’s no wonder that it’s a city famous for a huge influx of tourists.

Add to that a population of over one and a half million people and you’ve got yourself a vibrant city brimming with life.

What’s incredible about Barcelona is that this city is at the same time hip and very modern as well as incredibly old with such a rich history.

Wherever you go, you can see the new elements working to both preserve and celebrate the ancient.

If you go to Barcelona, you can count on having a marvelous time as it is filled with everything every other European city has to offer, like outdoor colorful markets, vibrant streets, restaurants, and shops, as well as cultural landmarks like museums and churches.

It is also very easy to check everything you want to see off your list because Barcelona has an extensive and reliable Metro system.

But if you prefer walking, that’s understandable too, since its streets are as marvelous as any other museum you might stumble upon in Barcelona.

Barcelona is very safe to visit. Apart from the pickpockets, which are common in this city, tourists should encounter no other problems. Use your common sense and your trip should go smoothly.

Transportation in Barcelona is very safe and reliable, even though taxi drivers might try to overcharge their services or demand a tip. Also, be careful on public transport, as it's the place where pickpockets operate.

Barcelona is filled with tourists, and naturally, it attracts a bunch of pickpockets so watch out in crowded places such as bus and train stations. Be careful when carrying your valuables and never leave them out of your sight.

Do not fear mugging or kidnapping in Barcelona, since it isn't too common here. Still, do not accept any unsolicited help or drinks from anyone you don't know (even though drink spiking is also not an issue in this country).

There have been recent terrorist attacks in Barcelona, so it is highly recommended that you pay close attention to your surroundings and avoid crowded areas altogether. Always be informed about the recent events in this city.

There are a couple of ways to get scammed here. Be wary of "trileros" and their "shell game" where you might get ripped off or stolen from. Always check the bill twice in restaurants and bars since the staff may try to overcharge you or charge for something you did not order.

So... How Safe Is Barcelona Really?

Barcelona is a safe city to visit, but in the light of recent events, or more precisely, the terrorist attacks that have recently occurred, it is highly recommended that, if you do decide to go to Barcelona, take extreme precaution measures and remain aware of your surroundings at all times.

Apart from this, Barcelona is known for petty crime, which is no wonder, since it has a huge influx of tourists every year.

This is why it is recommended that you take precautions measures especially around popular tourist landmarks and larger cities.

Before paying in bars and restaurants, always check the bill twice since the staff sometimes try to squeeze in a few extra euro by charging for something they did not eat or drink, or just by overcharging.

How Does Barcelona Compare?