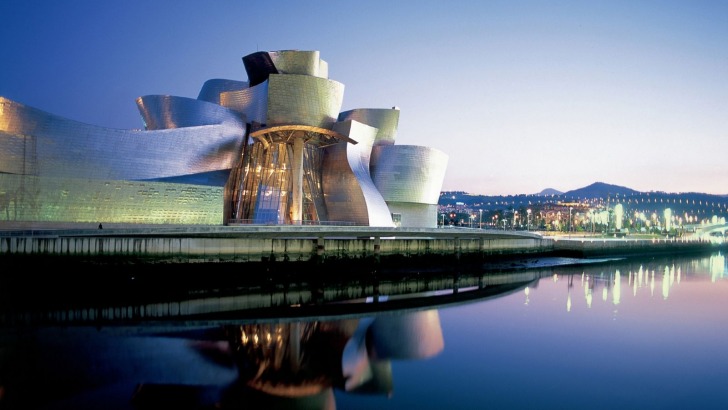 Bilbao is the official capital of Vizcaya in the Basque Country, Spain.

The city is often described as a location with a very high standard of living, excellent public services, high levels of cleanliness, moderate climate and some of the best gastronomy in Spain.

Apart from that, living/being here gives you great access to other great cities on Spain’s northern coast and quick access to Southern France.

The city is not as expensive to live as you’d expect, and in general, it is not among the most expensive cities in Spain.

The university students make a bubbly atmosphere and a nightlife vibe, with a varied offer, from classical Latin music to reggae and techno.

Bilbao is mostly safe to visit. Apart from the pickpockets, which are common in this country, tourists should encounter no other problems, but you should your common sense and your trip should go smoothly.

Transportation in Bilbao is very safe and reliable, even though taxi drivers might try to overcharge their services or demand a tip. Also, be careful on public transport, as it's the place where pickpockets operate.

Spain is filled with tourists, and naturally, it attracts a bunch of pickpockets - which applies to Bilbao, too. So watch out in crowded places such as bus and train stations. There is even a message played on repeat at stations, reminding you to be wary of pickpockets. Be careful when carrying your valuables and never leave them out of your sight.

There are no threats of natural disasters in Spain altogether and this applies to Bilbao, too, so you can relax completely.

Do not fear mugging or kidnapping in Bilbao, since it is a rare occurrence here. Still, do not accept any unsolicited help or drinks from anyone you don't know (even though drink spiking is also not an issue in this country).

There are a couple of ways to get scammed in Bilbao. You should avoid gypsy women offering you some rosemary: they will read your future and ask for some money or pick your pockets. Be wary of "trileros" and their "shell game". Always check the bill twice in restaurants and bars since the staff may try to overcharge you or charge for something you did not order.

So... How Safe Is Bilbao Really?

Bilbao is quite a safe town and you can walk around safely virtually everywhere.

Of course, as in any touristic city, there are pickpockets, so keep your handbags, cameras, etc on sight if you are within a large concentration of people around the most typical tourist attractions.

The area to avoid at all costs is the neighborhood around the streets Cortes and San Francisco since the crime rate there is the highest by far.

Generally speaking, the closest a neighborhood is to the city center – the better.

The rest of the neighborhoods in the center are nice- Indauxtu, Moyua, etc.

And there are some trendy towns outside the center, like Getxo and Sopelana.

Security is felt everywhere, except a street or two (San Francisco, and Las Cortes, where traditionally the low-level prostitution trade was placed), especially at late hours in the night.

During these last years, concerns for granting safety and freedom to women from sex abuse have grown in the media and among people in general up to becoming a top concern.

Unfortunately, this kind of fault is still too common, especially when in crowds at festivals. However, violent crime is very rare everywhere in the Basque Country.

How Does Bilbao Compare?