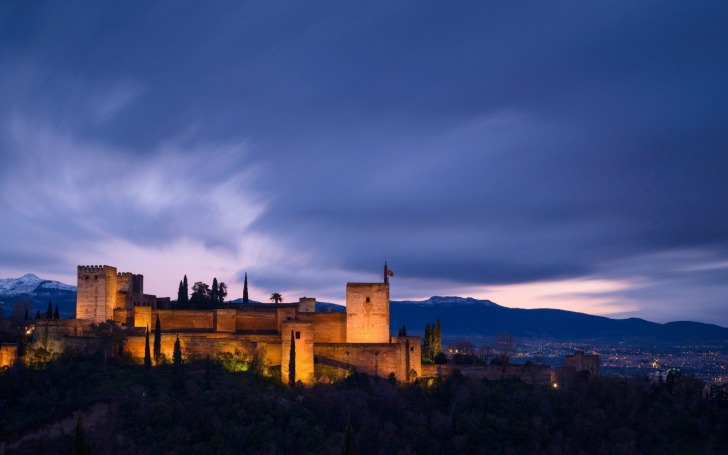 Granada is a mid-sized capital in the Andalucia region of Spain.

For many, Granada is arguably the single most worthwhile city in Spain.

Canadian people say that Granada is the city that ‘looks at itself’: namely, there are plenty of viewpoints, starting with San Nicolas, San Cristobal, San Miguel Alto, Silla del Moro, and many more.

In part due to the University, in part due to its cultural heritage, Granada can offer you plenty of museums, activities and cultural options.

You can go to a ‘tablao flamenco’ in the Sacromonte caves, spend many hours in the Science Museum, or go to expositions, galleries, theatres, independent films showing.

Also, there are national top-level associations for many different kinds of activities.

Overall, Granada is a safe city to travel to. Violent crime is rare and petty theft should be your only concern, so make sure you watch out for the pickpockets and bag snatchers!

Transportation in Granada is very safe and reliable, even though taxi drivers might try to overcharge their services or demand a tip. Also, be careful on public transport, as it's the place where pickpockets operate.

Pickpockets are an issue in Granada, but it shouldn't be too big of a problem if you take precaution measures, such as keeping your valuables in a safe place, not carrying all your money in the same place, and not carrying anything valuable in an easily accessible part of your outfit.

There are no known natural disasters in Granada, and in Spain altogether, so you can relax when it comes to nature while you're here.

Mugging or kidnapping aren't common in Granada, but it is still recommendable to avoid poorly lit and deserted areas and to not accept drinks from strange people, although drink spiking is not common either.

Women traveling alone should have no problems in Granada. You should use your common sense, and be careful at night, avoid desert and poorly lit streets, and finding yourself alone with strange people in abandoned areas. Apart from that, you should have no safety problems in Bilbao.

So... How Safe Is Granada Really?

Granada is very safe for tourists and statistics also back this up as the crime rate is very low, compared to other cities of similar size in the world.

Although it is a safe city to visit, it is recommended that you take some basic precautions measures in Granada since it is known to be crawling with pickpockets, especially around popular tourist landmarks.

There have been several attacks on visitors there that have given rise to much media interest but mainly because they are so rare.

This can happen with taxi drivers trying to trick you into paying a fixed price from an airport to a city, even though they have a visible fare table. They may also demand a tip.

How Does Granada Compare?