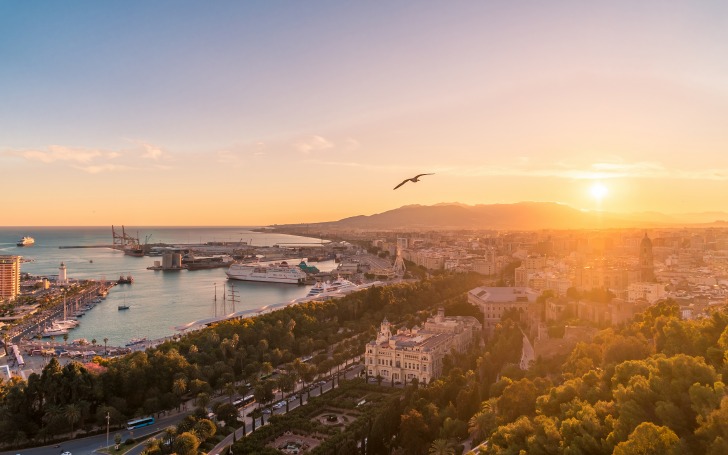 Málaga is a large city in the southern Spanish region of Andalucia and the capital of the Málaga Province.

It is also the largest city on the Costa del Sol and among the 10 most populated Spanish cities.

Malaga is one of the most hospitable and quiet places you can be in the world with basic modern infrastructures compared to other metropolitan areas of the world with the same population density.

Malaga is well connected, transport wise, with good roads and state of the art airport, a modern metro system with speed train connecting other cities, bus and taxi services, Uber services, etc. all around.

Malaga is a very safe city to visit, but that doesn't mean you should let your guard down: petty crime exists in most cities in the world, so exercise caution at all times.

Transportation in Malaga is very safe and reliable, even though taxi drivers might try to overcharge their services or demand a tip. Also, be careful on public transport, as it's the place where pickpockets operate.

There are no known natural disasters in Malaga, and in Spain altogether, so you can relax when it comes to nature while you're here.

Mugging is uncommon in Malaga, and so is kidnapping. However, as in any city, it is recommended that you remain vigilant at all times. Be wary of people trying to distract you, as it might be a trick to try to steal from you.

As in most countries of the world, there will always be people trying to scam unsuspecting tourists. The risk of scammers is not too high, but you should still double-check everything. Be wary of people offering you help with anything or giving you unsolicited advice or directions.

So... How Safe Is Malaga Really?

Malaga is one of the safer cities in Spain, so you don’t have to worry about your safety too much.

It is recommended that you take some basic precautions measures since it is known to be crawling with pickpockets, especially around popular tourist landmarks.

Malaga is a bit different from other Spanish cities, and if you don’t have good knowledge about the city you can easily slip from a good area into a bad one.

When it comes to bad areas, avoid Palma Palmilla, Cruz Verde street and surrounding, some areas of El Palo and Trinidad.

Palma Palmilla has high rates of crime and drug trafficking; the buildings are also incredibly old and in an awful state.

The income per capita is the lowest in the whole city and unemployment is rampant.

It’s also more dangerous than other high-income neighbors since police rarely patrol around it.

How Does Malaga Compare?