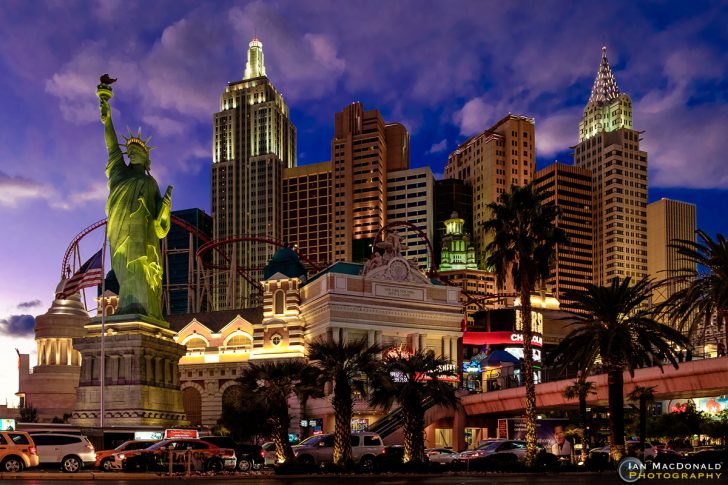 Does the city of Las Vegas need any introducing?

Nope, it’s one of the most famous cities in the whole of America, and the largest city in the U.S. state of Nevada.

Apart from being all this, Las Vegas is the Entertainment Capital of the World.

It hasn’t been nicknamed “Sin City” for nothing: tourists often come here in search of restless, endless nights where they immerse themselves in drinking, betting and all kinds of other vices.

Located in the Mojave Desert of Southern Nevada, this city features many mega-hotel/casino complexes decorated with luxurious details creating a fantasy-like environment that you’d never want to leave.

The casinos are more often than not themed so that they evoke romance, mystery, and exotic destinations.

And although Las Vegas is mainly safe, some areas of the city are best avoided.

Las Vegas is a very safe city, with increased police surveillance and strict laws to prevent incidents from happening. However, remain vigilant around tourist landmarks, since pickpockets are an issue, and keep an eye out for suspicious activities wherever you go.

Taxis and other forms of transportation are known to be very safe and reliable in Las Vegas, as opposed to many other major cities in America. Still, avoid bus, metro and railway stations at night if you're unaccompanied.

The most common types of petty crime are pick-pocketing and purse-snatching around casinos and strip clubs. However, applying common-sense precautions such as not leaving valuables in visible spots in parked cars, holding your purses tightly and being wise when carrying them, keeping wallets in front pockets, and being alert to one's surroundings should be enough to prevent these incidents.

You can relax when it comes to natural disasters in Las Vegas - there aren't any that can become a threat!

When it comes to chances of being mugged or kidnapped, they are moderate in Las Vegas. Stick to the main streets and avoid suspicious areas and neighborhoods, or getting in altercations with obviously intoxicated individuals.

Las Vegas has been the target of any terrorist attacks in October, so further attacks shouldn't be ruled out. Be aware of your surroundings at all times.

Scams happen regularly in Las Vegas. If you hear a knock at your door in a Las Vegas hotel, don't open it unless you are that it's someone you know and trust. Use common sense around casinos and similar objects. If you are not expecting someone, do not open the door of your room or accommodation.

The city of Las Vegas is mostly very safe for women to travel to. Just follow your basic common sense and general rules of things to avoid, like poorly lit streets and deserted areas and you should be fine.

So... How Safe Is Las Vegas Really?

Las Vegas is a mainly safe city and has an increased police presence, but still, you should take usual precaution measures, just as you would in any other city or their hometown.

Major casinos are pretty safe, as it would make sense.

Most of them have cameras covering every inch of their property, and uniformed personnel patrolling around at all times because in objects like these, safety and security are of the essence.

Never leave any valuables visible in your car and if you happen to win a jackpot, it is recommended that you ask the casino to hold your winnings in its safe or to pay you with a check.

This way you’ll avoid walking around with huge amounts of money, risking to become a victim of mugging or robbery.

However, if you insist on taking all your money in cash, every casino has security personnel at your service, to escort you to your car or room.

It only makes sense that this city is a paradise for pickpockets, so keep your wallet where you can see it and hold on to your valuables firmly.

How Does Las Vegas Compare?