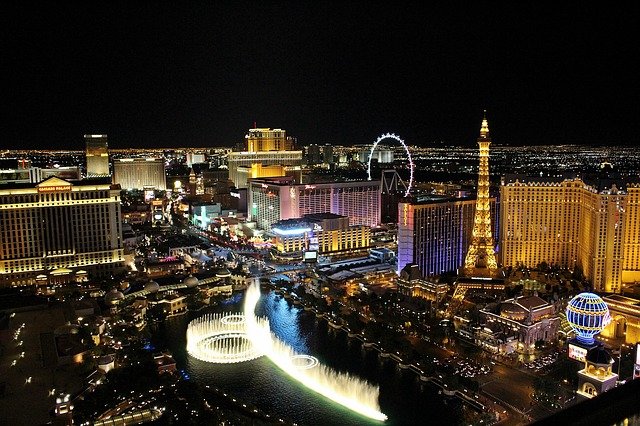 A trip to fabulous Las Vegas is high on a lot of travelers’ bucket lists, both in the U.S. and internationally.

Whether it’s the allure of gaming floors, the over-the-top luxury of the resorts, the restaurant and club scene, or the endless entertainment, there’s something in Sin City to attract everyone.

At the same time though, visiting Vegas is a bit more complicated than they’ve typically made it seem in the countless shows and films that have paid homage to the casino mecca.

That is, you can’t quite just stroll into town, sit down at a poker table, and start having fun.

Rather, you’ll have to give some thought in advance to how you’ll go about enjoying the trip: where you’ll stay, what you’ll do, what games you’ll play, and more.

The good news is, figuring all of this out should only get you more excited!

To help you start the process, here are five tips to keep in mind for planning your Vegas trip.

We’ll start with good news: Las Vegas isn’t quite as expensive as some of the other major casino hubs around the world, even if it remains the best known of the bunch.

For instance, a trip to Monaco and the gilded gaming attractions along the Mediterranean Sea would likely cost you more; so too would some getaways in the exploding casino scenes of Southeast Asia.

With that said though, there’s not much sense in preparing a Las Vegas vacation without working out your travel budget first.

Between resorts, casino games, food and drink attractions, and entertainment, Vegas getaways do add up.

But by looking into some of these costs and working out a budget, you’ll be in good shape to prioritize your indulgences.

2. Brush Up on Blackjack

If you already know your way around the more complex casino games, then more power to you and good luck! If that’s not the case though, you should know that competing in poker or playing at a crowded craps table in Vegas can be somewhat intimidating (and not altogether fun if you’re still learning).

On the other hand, blackjack is a far more accessible game.

For one thing, it tends to be available at a wider range of buy-in prices, meaning you have a better shot at playing without having to put down a ton of money.

For another, learning to play is a fairly straightforward process.

The how-to-play guide to blackjack by Gala Casino outlines how simple the rules are, the terms are easy to grasp, and even the betting process is easy to pick up.

That’s not to say you’ll be an expert right off the bat; there are more advanced strategies involved.

But if you want to play games in Vegas and you’re relatively new to casinos, we’d recommend prioritizing this game simply for its accessibility.

First-time visitors to Las Vegas tend to be familiar with the biggest and most famous resorts.

You might know, for example, that there are themed resorts meant to resemble downsized versions of major world cities like New York and Paris.

You may recognize the likes of the Bellagio, the Mirage, and the MGM Grand because of films like Ocean’s 11.

You may even have your eye on Caesar’s Palace if you’re a fan of The Hangover.

All of these are perfectly valid options, but the truth is that the range of accommodations in Vegas is broader than a lot of people realize at first.

Some resorts are newer than all of the popular ones just listed.

Some are smaller, or further removed from The Strip.

And some are valued for very specific features — like the luxury shopping at The Aria, or the spa at the Waldorf Astoria.

Different options will appeal to different travelers, but the point is to do some thorough research!

In addition to its casino floors and luxury resorts, Las Vegas is perhaps best known for its entertainment scene.

From the Blue Man Group to international pop stars, all kinds of performers swing by Vegas — and in some cases even call it home for weeks or months at a time.

This leaves some travelers with the idea that if they want to take in a show while in town, they’ll have options.

That’s true in a sense, but there’s also no reason not to check the entertainment schedule if this is an aspect of the city you’re interested in.

We recommend, in fact, that you start keeping an eye on the show and entertainment outlook as soon as you decide you’re going to Vegas.

That way if there happens to be an act you’re particularly interested in, it might inform your travel plans.

Or, if you book your trip first, you can at least monitor the scene from that point on to keep your options open.

We’ll round things out with a particularly fun tip, which is to pick one place to eat where you’ll allow yourself to splurge or indulge.

Chances are if you’re spending a little bit of time in Las Vegas, you’ll eat at several different establishments.

But it must be noted that the best restaurants in town include some truly exceptional options.

There is authentic international cuisine of the highest quality.

There are steakhouses run by celebrity restaurateurs with Michelin stars to their names.

There are decadent burger bars and edgy, almost futuristic restaurants.

The options are endless, really, but picking one place to simply let yourself indulge in will add a wonderful experience to your trip to Las Vegas.