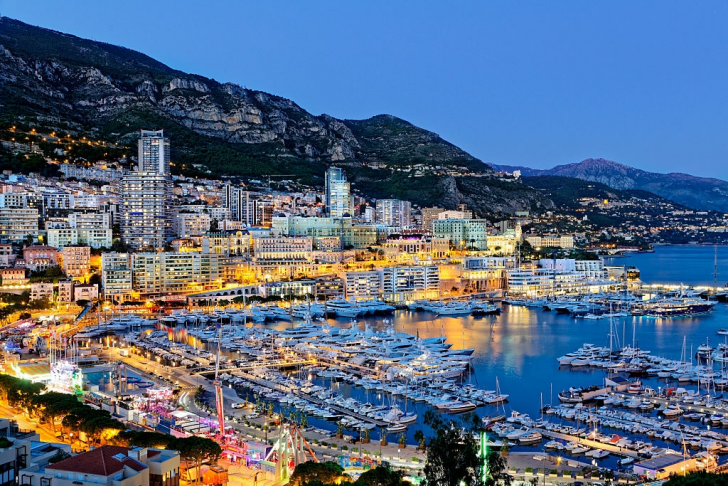 Monaco is a Western European microstate located on the French Riviera and borders on three parts by France, while from another one by the Mediterranean Sea.

The influences on the culture of this country can be felt from their neighborhood and mainly from Italy, France, and Spain.

What is surprising to notice is that the native Monegasque population constitutes twentyone percent from the entire population, while the majority of the population is of French provenience.

Nevertheless, people are very welcoming and friendly here and this is what matters the most for a tourist.

It is considered to be one of the safest countries in Europe as it has the biggest per capita and per area national armed police force.

It is quite impossible to get around by using a car as it is quite a big problem related to parking places and it is recommended to get a taxi instead.

Even if it is considered to be safe from this point of view as the population of this country is wealthy, there is always a chance of getting into trouble if not taking a close look at your belongings.

Monaco is dangerous only from the perspective of really hot and dry weather, while from other points it does not present a risk.

Even if there is a low level of crime in the country, it is still recommended to try to avoid the not so populated places as well as walking alone at night.

There is a high threat of terrorism in Europe and therefore it is advisable to avoid over-crowded public places and manifestation that can occur on the streets of the country.

There are scammers on the islands but these could be easily avoided through using your common sense and trying not to be easily influenced.

Women can travel safely to Monaco, but it is better if they will not do it alone and will wisely choose their accommodation.

So... How Safe Is Monaco Really?

Even if the crime rate in Monaco is lower than in some European countries as it is one of the countries with the biggest armed police per capita as well as per area that can ensure your well-being be very attentive and take all necessary measures to protect yourself as much as possible.

It is also advisable to get dressed properly whenever you go to the city as in another case you can be discriminated against or even worse.

As it has been already mentioned there is a really low chance of getting scammed or robbed by locals as these are considered to be wealthy, but there could be some exceptions that in the worst scenario can even involve you.

Therefore, it is advisable to take a close look at your belongings and be very attentive to people you will be communicating.

The government of Monaco takes care of their people’s safety and therefore you as a tourist will be ensured as well, due to all the measures that have been taken in order for establishing such a level of security.

A good example of this will serve the security cameras installed throughout the entire city.

If you as a tourist will be following all pieces of advice listed above as well as use your common sense you will for sure be safe while enjoying your trip.

How Does Monaco Compare?