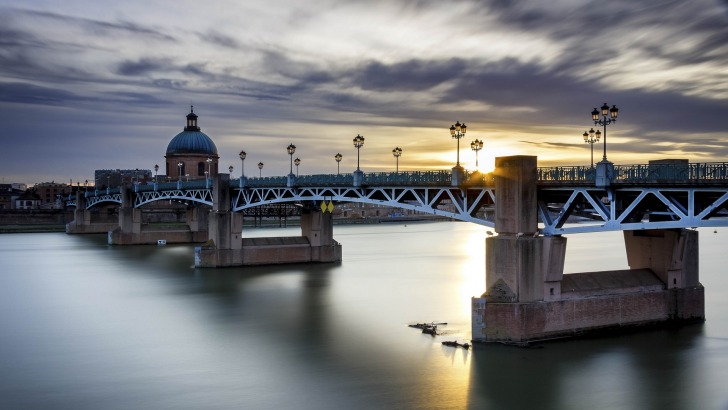 Toulouse is a city in southwestern France, situated halfway between the Atlantic and the Mediterranean.

It is also the fourth largest city in France, after Paris, Marseille, and Lyon.

Most of the city’s population is comprised of youngsters coming to the city for studies.

Toulouse is a bustling vibrant city, where the majority of the population are students due to a large number of universities offering courses in Aerospace, Sciences, and Business.

Also, the weather is often quite nice, warm but not too much, and you are very close to the sea (Narbonne), the Pyrenees for skiing or hiking, and the Ocean.

Generally speaking, Toulouse is safe as much as other cities in France. But keep in mind that it is always wise to keep a close eye on your belongings and your surroundings.

Transportation and taxis are generally safe and reliable in Toulouse, though many pickpockets are cramming in other forms of public transport. Taxis are usually your safest bet.

Pickpockets are common in Toulouse, and there is also an increased number of beggars. Pay attention to your belongings, don’t leave them in plain sight and be especially careful in crowded places like stations or near tourist attractions.

Floods are the most common natural disaster that could hit Toulouse. It's not too worrisome, however, since these risks aren't common.

Muggings, kidnappings and other forms of violent crimes do not tend to happen in Toulouse but avoid the Northern parts of the city that tend to be rather sketchy, especially at night.

There are no known scams in Toulouse but it is still wise to be cautious on the streets, and check everything twice, especially your change.

Toulouse is safe to travel to if you are a female traveling solo. Apply all the general precaution rules such as not walking alone in poorly lit and deserted areas, not finding yourself in the strange company at night.

So... How Safe Is Toulouse Really?

Like most of France, Toulouse is a very safe city, and you probably won’t have any problems, but it is still advised that you apply all precaution measures that you would in your own country and your city.

It is always a rule of thumb to keep a close eye on your belongings and your surroundings since the larger cities are filled with pickpockets and petty theft.

Generally, Toulouse is safe at night too, but you may try to avoid northern Toulouse.

Crimes, like muggings, are likely to occur in that area.

Also, avoid roaming around the areas and poorly lit streets where you might run into some street gangs.

Just common sense about security is applied as in any other city.

There are certain areas of Toulouse that you probably won’t feel comfortable walking around in at night, particularly near the bridge and airport.

The majority of Toulouse is closed in the evenings, and the area near the bridge after dark is highly unpleasant.

The only people that can be seen after about 8:30 in Toulouse are sporadic hoodlums or teenagers running around and people too drunk to drive home.

How Does Toulouse Compare?