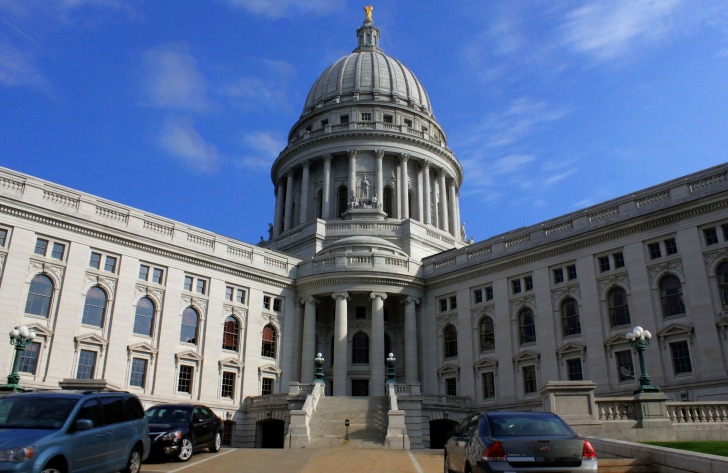 Madison, the capital of Wisconsin, is one of only two major cities in the US located on an isthmus.

Situated between lakes Mendota and Monona, the city of Madison is a bustling and vibrant city that boasts a population of 273,469 people.

The city also happens to be a busy, thriving college town, with 45,317 students enrolled at the University of Wisconsin—Madison.

Perhaps unsurprisingly, Madison’s population as a whole is quite young, with more than half of its people being under the age of 30.

Incorporated as a city in 1856 and named after President James Madison, the capital of Wisconsin is filled with things to see and do

From its art institutions to its historical attractions to its food festivals to its nature parks, the city always has something to offer.

If you’re thinking about paying a visit to “The City of Four Lakes”, there are some things to keep in mind, and we have a wealth of information to help you prepare for your trip.

Reports about safety in Madison appear to be mixed. Neighborhood Scout claims that the city is less safe than (or just as safe as) 88% of US cities. On the other hand, US News and World Report have included Madison on its list for the top ten safest US cities (2021). The differences could be due to the crime disparities between the different parts of the metro. While one’s chances of being victimized in the neighborhoods in the metro central parts are as high as 1 in 10, where tourists aren’t very likely to be found, they’re only 1 in 38 in the west part of the city, where tourists are more likely to stay. Based on these reports, Madison has a low-to-medium overall risk for visitors.

According to WalletHub, Madison ranks among the five US metros for the highest quality public transportation systems. WalletHub determined the rankings using 17 metrics across 3 different dimensions: 1) Accessibility & Convenience, 2) Safety & Reliability and 3) Public Transit Resources. Not much is known about safety when it comes to taxis, but with the findings above, we can conclude that Madison has a low risk when it comes to transport and taxis.

No data is available about pickpocketing specifically, but according to Neighborhood Scout, Madison has a theft rate of 20.35 per 1,000 residents. Compare that to the national average of 13.90 incidents per 1,000 people. Thus, it can be concluded that Madison has a medium-to-high risk for pickpockets.

Wisconsin, as a whole, is known to experience floods, severe storms, tornadoes, landslides, and winter storms. From 1953 to 2019, the state saw 50 major natural disasters. According to FEMA, storms and floods were the most common types. Lightning strikes the ground about 300,000 times per year in Wisconsin, averaging one fatality. In 2018, a massive flood caused around $206 million worth of damage. The reports above indicate that Wisconsin has a medium-to-high natural disasters risk.

There have been no recent terrorist attacks in Madison. The Sterling Hall bombing on the UW-Madison campus took place on August 24, 1970. It was carried out by four men as a reaction to/protest against the institution’s research connections with the US military during the time of the Vietnam War. Since the last terrorist attack took place half a century ago and since no other attacks have been committed ever since Madison has a low terrorism risk.

As of March 2021, there were 218 reports of identity theft, impersonation, and telephone, wire, and welfare fraud in Madison. This surge in reports prompted the Madison police department to issue a warning about scams occurring in the area. That being said, residents have been the primary targets, with tourists rarely, if ever, falling victim to these crimes. As a result, the risk of scams for visitors is quite low.

No information about traveling to Madison as a woman can be found; however, the city’s rape statistics might be of help. A September 2021 report by Area Vibes showed that the city had a rape incidence rate of 28.2 per 100,000 people. This is noticeably lower than Wisconsin’s average of 34.8 and the national average of 38.4. With this information, it can be concluded that Madison has a low women travelers risk.

Most residents of Madison say that the local tap water is safe for drinking. There are, however, reports that the tap water is “hard,” meaning it has high mineral content. This mineral is mostly calcium, however, and is believed to be harmless. And the city has no active violations of the Safe Water Drinking Act. So it can be deduced that Madison has a low risk when it comes to drinking tap water.

Safest Places to Visit in Madison

With its central location, fairly low crime rate, and bike- and pedestrian-friendly lanes and sidewalks, Downtown Madison is a safe place with many things to do for tourists.

Historical attractions in Downtown Madison include the Museum of Contemporary Art, where visitors can catch a glimpse of works by Dalí, Henry Moore, and many others, and the Capitol of Wisconsin, a stately structure made in the likeness of the US Capitol.

Bars, pubs, and restaurants abound in Downtown Madison, giving the city an active nightlife and a plethora of entertainment options for its mostly young, active crowd.

Outside of the downtown area, tourists can visit East Madison, where they can view the Olbrich Botanical Gardens.

They can also take a trip to West Madison, where they can take a tour of the UW-Arboretum campus, stroll around the 6.5 acre Camp Randall Memorial Park, and check out the UW-Madison Geology Museum.

Places to Avoid in Madison

According to Crime Grade, it’s best to avoid the central part of the Madison metro area, where one’s chance of being a crime victim can be as high as 1 in 10.

Compare this statistic to the west part of the metro, where one’s chance of falling victim to a crime can be as low as 1 in 39.

As long visitors stay in the west part of the metro, as well as the touristy areas (such as Downtown Madison and East Madison), they should be reasonably safe.

Safety Tips for Traveling to Madison

So... How Safe Is Madison Really?

Madison is very safe for visitors, especially for those staying in the tourist-friendly parts of the city.

Those places include Downtown Madison and East and West Madison.

Each part has something unique to offer, from historical attractions to art institutions to top-notch restaurants to food festivals to nature parks.

Every kind of tourist, ranging from the foodie to the nature lover, will always have something to keep them occupied.

When it comes to weather, Madison does have its share of natural disasters.

Severe storms, floods, and heavy snow (in the winter) are fairly common, so visitors must check the forecast and plan accordingly when organizing their visit to the city.

Overall, Madison is quite safe for tourists in terms of crime and weather as long as they’re being careful and always practicing safety measures.

How Does Madison Compare?