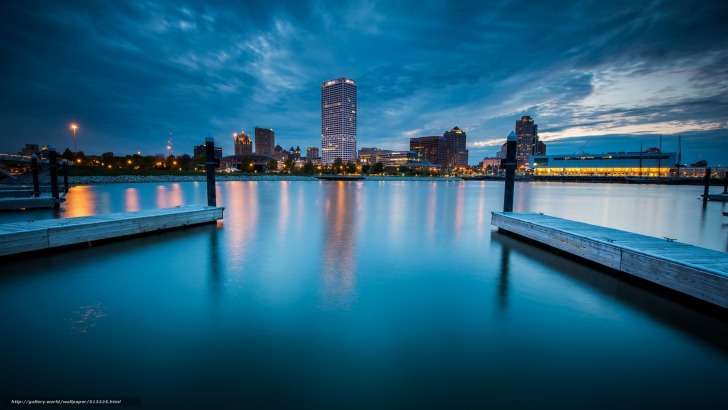 Milwaukee is the largest city in the state of Wisconsin, United States.

The city is probably best known from TV as the settings of the 1970’s sitcoms “Laverne and Shirley” and “Happy Days”.

It has also served as the backdrop for numerous Hollywood films.

The summer is packed full of water sports on Lake Michigan or at lake houses elsewhere in the state.

People flock to Summerfest, the biggest music festival in the world in late June/early July as well as other festivals that run through the whole season.

One of the biggest fireworks companies, Bartolottas is based near Milwaukee so the 4th of July fireworks are incredible.

Milwaukee isn't a safe city, both during day or night. Some areas are poorer and are very very dangerous, while the other ones are safer. Still, apply caution everywhere.

Transportation is most reliable in Milwaukee, but since the streets of it are pretty dangerous, there is the risk of running into pickpockets in bus stations and while on public transport.

Both petty and violent crime exists in Milwaukee. Make sure you don't flash your valuables and be particularly careful in crowded areas. Don't even think about roaming around the dangerous areas of the city.

Milwaukee is susceptible to various natural disasters like the threats of tornadoes, floods, severe storms, and extreme hot and cold temperatures.

Petty crime is not the only problem in Milwaukee - violent crime rates are high throughout the country, and you can expect muggings, burglaries, and carjackings. These occurrences are common and the risk increases after dark, so avoid going anywhere after nightfall.

Excluding isolated mass shootings, Milwaukee hasn't been the target of any terrorist attacks recently, but the attacks shouldn't be ruled out. Be aware of your surroundings at all times.

There aren't many scams in Milwaukee. Still, be wary of people trying to distract you to steal from you and of people overcharging you for various services. We advise you to be extremely careful when handling money and around ATMs.

Women are not safe in Milwaukee, not because there are threats for women specifically, but because the city is ridden with a crime in general. Be sure to avoid remote streets, both during day and night, and do not flash your belongings or handle money in public.

So... How Safe Is Milwaukee Really?

Milwaukee definitely cannot be considered a safe city as it has a high crime rate when compared to the American national average.

This means that if you have to go out after 10 pm, go with someone else.

Luckily, most of the crime in Milwaukee occurs in a small area of the city.

Outside of that area, you can walk the streets at night without fear, park your car without concern, etc.

Unfortunately, Milwaukee is one of the most segregated cities in the United States.

But, with that being said, that doesn’t mean it’s a bad place to live – it still has safe areas for everyone.

If you’re walking around, I would say that Downtown Milwaukee, The East Side: Upper and Lower is pretty safe for the most part, as long as it’s lighted up at night.

Shorewood seems like a pretty safe area, and Whitefish Bay is covered with cops all the time.

The Northside has pretty dangerous areas.

This part of the city very poor and poverty-stricken, and very much considered the ghetto.

Always know where you’re going, don’t look passerby in the eye, but always be considerate of their presence.

Never let yourself be stopped by a stranger – unless they need your help.

How Does Milwaukee Compare?