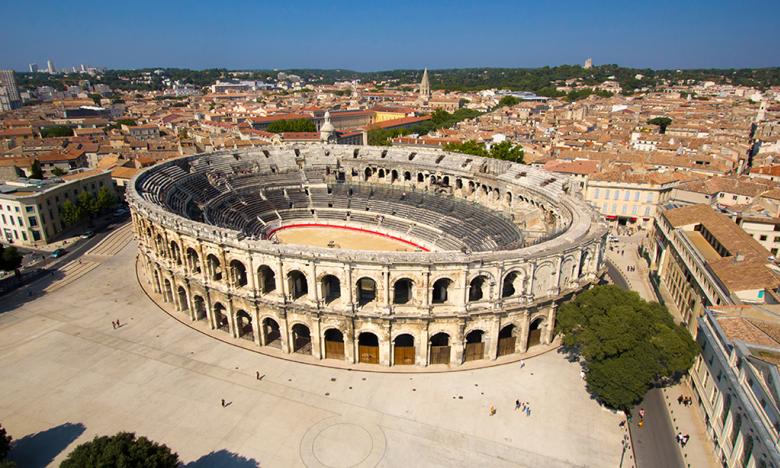 If you are wondering why Nimes is famous for and whether it is worth visiting, you should know that it is popular due to its Roman history and the creation of denim.

Nimes is a popular tourist destination being that it has some monuments constructed by the Romans in the 1st century.

Tourists should not miss the extraordinary amphitheater that is still used as a stadium and it stands for over 2,000 years, as well as the Maison Carrée which is a temple dedicated to Gaius and Lucius Caesar.

France is not a too dangerous country to go to, but still, basic precocious measures have to be taken when tourists come there. Remain vigilant all the time and avoid putting yourself into dangerous situations.

When it comes to motorway journeys, they are usually trouble-free. But do not stop if you are asked by anyone to do so, as those may be thieves trying to rob you. The safest way of traveling is via public transport.

So as to protect yourself from becoming a victim of pickpocketing, you should carry your bag or backpack in front of you rather than on your shoulder. Remain focused and watchful of your belongings all the time when on the street.

Many parts of France are prone to forest fires in summer. If this natural disaster occurs while there, you need to get familiar with local emergency procedures and follow the advice.

There is a possibility of being mugged in Nimes, due to the huge number of people walking the streets and not paying attention to thieves who are observing people who take money from ATMs and attack them when they are most vulnerable.

Being that terrorist attacks are very likely to happen in France, travelers are suggested to stay away from large gatherings on squares and streets and to avoid being part of any kind of demonstrations in the city.

Spiked and drugged food and drinks usually happen in bars and night clubs, due to the fact that people drink alcohol which leads to them being less alert and less aware of your environment. You should not drink more than you can stand.

Females have to be careful when walking the streets alone, especially at night. They should not attract unwanted attention and definitely should not accept a lift or drinks from strangers.

So... How Safe Is Nimes Really?

Credit cards are widely accepted throughout France, so you are suggested to pay using them rather than taking a big amount of money from ATMs and carry it around with you.

Travelers should not get confused or worried if they are asked to provide ID if they cannot pay by chip and PIN.

This is due to a number of terrorist attacks since 2015 across France.

So, the government is doing its best to protect people and visitors to this beautiful country.

There is a heightened threat of terrorist attacks globally and in the majority of cases, they attack places cowered with people, among whom there are tourists.

However, do not show your ID or credit card to a person on the street who is pretending to be a police officer.

You have the right to ask for his/her ID so as to make sure he/she is a real policeman/policewoman.

Pickpockets can work in gangs, meaning that while one is distracting you, the other one gets your bag or your possessions that are in the bag.

It is important not to allow to get distracted around tourist attractions and ATMs.

How Does Nimes Compare?