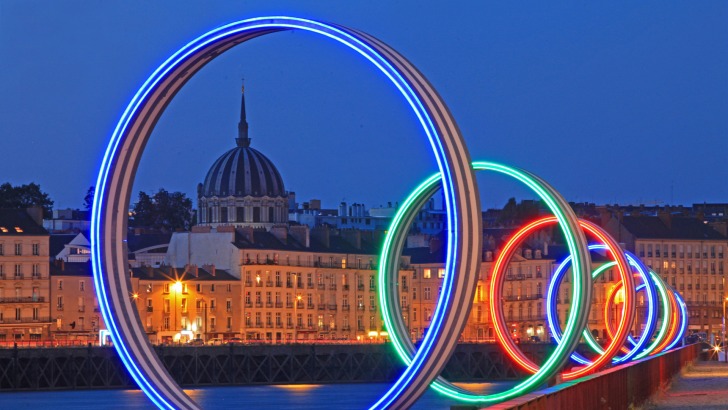 Nantes is the capital of the north-western French region of Pays de la Loire.

Located close to the Atlantic ocean while being two hours away from Paris by train, it provides a very good quality of life and is at the heart of one of the most dynamic French regions in terms of economy/innovation and demography.

There are many schools and a big university, providing a huge amount of students with decent nightlife.

Also, the downtown area is fairly pretty, especially around the “Château des Ducs de Bretagne”, located at the heart of the city and surrounded by medieval streets in a lively area known as “Quartier Bouffay”.

Nantes is overall safe to travel to, with considerably low crime rates where tourists are free to explore without having to worry about street crime. However, it is advised that you remain vigilant at all times.

Transportation and taxis are generally safe and reliable in Nantes, though many pickpockets are cramming in other forms of public transport. Taxis are usually your safest bet.

Pickpockets are a problem like in the majority of destinations in France. Be careful, keep your eyes open in public, crowded areas such as train stations and airports, and keep your valuables close by your side.

There are no natural disasters in Nantes, so you can relax completely in this aspect.

It is not likely you will get mugged in Nantes. Crime rates are very low, and violent crime against tourists is highly unlikely.

The risk of getting scammed in Nantes pretty low, though you should still negotiate everything in advance, double check your change and never pay anything upfront.

Nantes is somewhat safe to travel to if you are a female traveling solo. Apply all the general precaution rules such as not walking alone in poorly lit and deserted areas, not finding yourself in the strange company at night.

So... How Safe Is Nantes Really?

Nantes is a very safe city in comparison to most major French and European cities.

Except for cases when Nantes makes the headlines about demonstrations that sometimes go bad, it is a quiet and nice city.

When it comes to a bit more dangerous areas, some neighborhoods where some violence exists (usually due to drug dealing, etc.) are around the eastern part (Bottière) or western (Dervallières).

As for the good neighborhoods, most companies are located in the North of Nantes so your best bet in terms of the neighborhood could be Orvault, La Chapelle Sur Erdre or Saint Joseph.

It is slightly cheaper than the center city and has several other advantages like proximity to the city center, a big shopping mall, the fact that it’s linked to two main city transportation lines, etc.

How Does Nantes Compare?