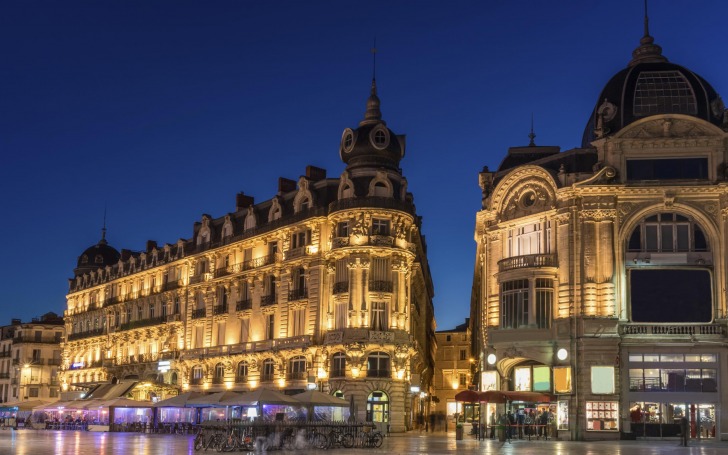 Montpellier is one of the main cities in the Occitanie region in southwest France.

The city is growing very fast and there are regularly new places to see and visit.

It has the second-highest population growth rate in France after Toulouse which proves how attractive it is.

Montpellier has made a decent amount of areas pedestrian, relying on a good tram network.

The whole city center atmosphere is relaxed with plenty of places to eat at while enjoying the good Mediterranean weather.

The surroundings are also quite rich in things to do, for instance, the coast down south with loads of beaches, and nice villages up North.

No big city is completely safe and this goes for Montpellier, too. There is a heightened risk of pickpockets and scammers, and you should remain vigilant for any suspicious activities. However, if you apply basic precaution rules, that should minimize the risk of something going wrong.

Transportation and taxis are generally safe and reliable in Montpellier, though many pickpockets are cramming in other forms of public transport. Taxis are usually your safest bet.

As in any European top destination, there are pickpockets at popular tourist landmarks in Montpellier. They are your biggest worry when traveling to this city. Some pickpockets and thieves target tourists on a fairly regular basis.

Montpellier is susceptible to a couple of natural hazards and disasters like floods and heatwaves. It's not too worrisome, however, since these risks aren't common.

There are low chances of getting mugged or kidnapped in this city, but there are "no-go zones" too, that should be avoided, and car theft and burglary are pretty common, too, so don't get too relaxed.

As in any French city, especially a top tourist destination, there is a risk of getting scammed. Be wary of people trying to distract you or offering you unwanted help, check your change twice and always negotiate every service beforehand.

Montpellier is somewhat safe to travel to if you are a female traveling solo. It's not pleasant being a woman at night in this city so apply a few general precaution rules such as not walking alone in poorly lit and deserted areas, not finding yourself in the strange company at night, etc.

So... How Safe Is Montpellier Really?

No big city is safe and this goes for Montpellier, too.

The city is mostly safe but with some dangers.

However, if you apply all basic precaution measures, your trip will probably go smoothly.

There are pickpockets and thieves on the street, both during day and night, that target tourists on a fairly regular basis.

Car theft and burglary are pretty common, and when it comes to violent crime it used to be much less common but today tends to happen from time to time.

Be careful at night especially as a woman and keep in mind that there are ‘sensitive zones’ populated by beggars and drunkards that should be avoided as much as possible.

How Does Montpellier Compare?