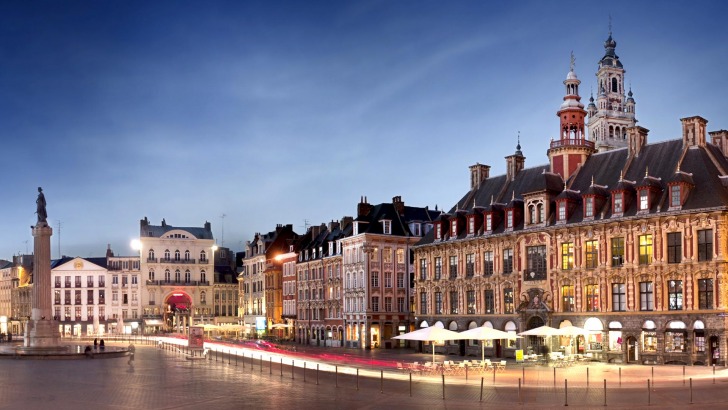 Lille is a medium-sized city, with a huge student population, located in the Nord-Pas de Calais region of northern France.

Lille is a gorgeous city with a young population, and with many universities in the city or very close by.

Even though Lille is small, the downtown feels like you are in a big city, with people that are very nice, welcoming and patient.

With the high-speed trains, Lille is fantastically positioned: it is 1h away from Paris, slightly less than 1h30 from London, less than 1h from Brussels.

It’s also reasonably fast to get to Amsterdam or Cologne.

Overall, Lille is mostly a safe city. Follow the general rules of precaution and your common sense, and you will probably encounter no problems. There is less crime due to the presence of police and military everywhere and you should just be vigilant for suspicious terrorist activities.

Transportation and taxis are generally safe and reliable in Lille, though many pickpockets are cramming in other forms of public transport. Taxis are usually your safest bet.

Pickpockets and purse snatching are very common in Lille, it is a constant risk. Cell phone snatching also happens so you should keep all your valuables out of sight. Avoid wearing purses and keep your money in a hidden place, not easily accessible by pickpockets.

There aren't any natural disasters threatening to hit the city of Lille, so you can relax in that aspect.

As for muggings, Lille is relatively safe. There haven't been many reports of someone being violently mugged or kidnapped.

Since this country has been targeted by terrorists numerous times, (as well as some countries near France, such as Denmark or Belgium) there is the reason to believe that this country can be targeted again. This is why it is important to remain aware of your surroundings at all times and report any suspicious activity.

There aren't many scams in Lille, but you should, just in case, double-check your change, since you might get tricked and negotiate everything in advance to prevent being ripped off,

Lille is somewhat safe to travel to if you are a female traveling solo. Apply all the general precaution rules such as not walking alone in poorly lit and deserted areas, not finding yourself in the strange company at night.

So... How Safe Is Lille Really?

Even though it’s a very charming city, Lille has been dealing with a bad reputation when it comes to crime, and many places in the area are often perceived as among the most dangerous in France.

What you’ll certainly encounter on the streets are drunken people and you might even have a problem with pickpockets – these are the two most prominent problems on the streets of Lille.

However, the precaution measures you will have to take are on par with those you would have to take in any other popular tourist destination, and that shouldn’t stop you from traveling to this gorgeous city.

When it comes to bad areas, Moulins is where not-so-good things go down in the city, and here you’ll see unemployed individuals roaming the streets, some even selling light narcotics like marijuana in plain sight.

Many call it the “ghetto” part of Lille.

How Does Lille Compare?