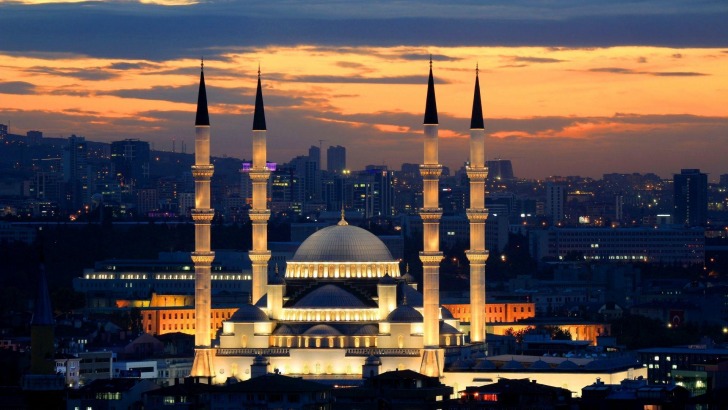 Ankara is the capital city of Turkey and, at the same time, the second-largest city in the country after Istanbul.

It is also the administrative center of Turkey and a huge university town.

As there are more than ten universities in Ankara, a considerable amount of the city’s population is made up of students.

Since it’s is the capital, it hosts many different activities, concerts, and organizations, and there are many huge parks where you can spend your time in Ankara.

There aren’t nearly as many foreigners or English-speakers living in Ankara as there are in Istanbul, which is why many people say it’s a lonely city.

Ankara is safe to visit. You should be aware that tourist hotspots, restaurants, shops, and public transportation are places where most thefts and pickpocketing occur, and that violent crime exists here, too.

Generally, transport in Ankara is rather safe and reliable, though if you're driving you should keep in mind that local drivers in the country are reckless and tend to ignore traffic rules and signs.

As for pickpocketing, it is a recurring concern on the streets of Ankara, which is a popular tourist destination, so be careful and hold your bags tightly by your side.

As for natural disasters, floods and heavy rains have been known to hit Ankara, but apart from that, you're perfectly safe here.

The majority of violent crime doesn't happen in Ankara so you don't have to worry but do avoid deserted areas and places that are poorly lit and abandoned.

Terrorism is the greatest worry for tourists, as it's been active in Turkey in recent years. The deadliest terrorist attack happened in January 2017. Most of these attacks are linked to Kurdish separatist terrorist activities in south-east Turkey.

The common scam in Ankara is locals befriending tourists, taking them out for a drink, or dinner and then expecting the tourist to pay for it. Taxi drivers might try to trick you into paying more, giving you wrongful information about the price of the ride.

If you're a woman traveling solo you should avoid walking alone after dark in this country. There have been reports of sexual assaults and verbal insults. These can happen even if you are accompanied by a group. Avoid isolated or poorly lit areas.

So... How Safe Is Ankara Really?

Ankara is mostly safe when it comes to crime and its biggest risks stem from their political situation and terrorism risks.

However, that isn’t to say that violent, as well as petty crimes, don’t exist in Ankara, because they do.

Since the city dies after a certain hour in the evening, city streets can get desolate and dangerous.

Moreover, being an alone woman may also be risky in the city.

As long as you stay away from the Sincan district, which is full of drug dealers and other sorts of dangerous people, you’ll be perfectly fine.

Another advice that might come in handy in Ankara is that you should take every precaution while driving, as drivers in this country are mostly reckless and completely ignoring traffic signs, commonly causing traffic accidents.

The real danger in Turkey and the reason many tourists are a skeptic when it comes to safety in this country are the continuous and frequent terrorist attacks all around Turkey that have to do with the political situation in the state and most of them are linked to Kurdish separatist terrorist activities in south-east Turkey.

How Does Ankara Compare?