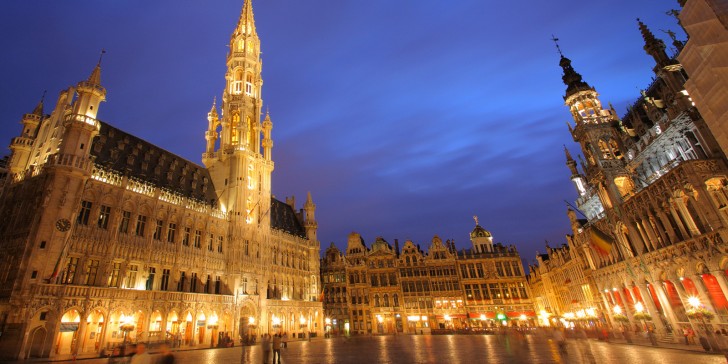 Belgium - safety as a country

Brussels is the capital city of Belgium with the city population of 1 million inhabitants.

The Brussels-Capital Region is located in the central part of the country and it is considered an important city-region in Europe.

Brussels is a city full of surprises and its Art Nouveau architecture, parks, and its royal gardens are only some of the must-see tourist attractions.

Once you are in Brussels do not skip some of the sights like Fin-de-Siècle Museum, The Parlamentarium, and Mini-Europe, the only park where you can see the whole of Europe in just a few hours.

You can also discover and explore human nature at the Museum of Natural Sciences in Brussels.

For those younger tourists who want entertainment and great nightlife, Brussels offers clubs with the international DJs that come there every weekend.

The everlasting question of all tourists once they decide to visit a certain city is whether it is safe or dangerous. All in all, Brussels is considered a safe city with a safety score of 60%.

When the risk of using taxis in Brussels is concerned, there is a constant possibility of being overcharged or driven around the city. Licensed taxis are always a better solution. You should be vigilant when in public transport because pickpockets or bag snatchers might happen to be there.

Unfortunately, Brussels is considered one of the top capital cities where pickpocket risk is at a very high level. The whole of Belgium is believed to be unsafe regarding thieves, especially at train stations and subways.

Brussels, as well as the whole of Belgium, is not exposed to any natural disaster risk.

When the risk of being mugged is concerned, Belgium is, generally, a safe country. However, certain zones of Brussels should be avoided. To stay safe and get familiar with those dangerous zones, tourists should ask for local advice.

Recent happenings show that there is a possibility that a terrorist attack repeats in this country, so it is advised to stay away from demonstrations and other forms of gatherings.

Being extremely attractive to criminals and lawbreakers, touristic places such as Brussels are believed to be at the medium level of scam risks. Tourists need to pay special attention to people who offer help and act strangely in the streets, especially in crowded areas.

Belgium is a relatively safe country concerning women visitors and there are very few threats to their safety. Women need to use common sense when they are out in the street.

So... How Safe Is Brussels Really?

Like many European countries, Belgium is relatively safe for tourists as well as its capital city.

Although Brussels is a quite small city, in comparison with other European capitals, there are plenty of things waiting to be discovered once a tourist decides to visit it.

However, among all that beauty, there are some sorts of criminal acts.

It is a city with a few threats to travelers’ safety and the main risk is that of being pickpocketed in the street or at the train stations such as Bruxelles Midi, Bruxelles North, and Bruxelles Central station.

Some other areas that should be avoided by tourists, especially at night, are Anneessens, Anderlecht,  Schaerbeek, Brussels North and Molenbeek.

What tourists should know is that since the introduction of the Euro, Brussels has become more expensive, but it is still cheaper than most cities in neighboring France.

Also, the weather in Brussels is changing during a day from sunny to heavy rainfall, and then back to sunshine.

Besides all this, Brussels is the place where there is always something fun going on, there is plenty to see and do and it is certainly worth visiting.

How Does Brussels Compare?