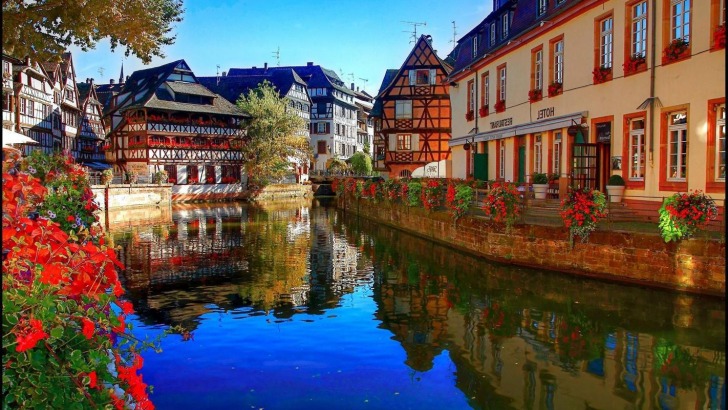 Strasbourg is the capital of the Alsace region of France.

It’s widely known for being the home of several important European institutions.

Strasbourg is also famous for its beautiful historical center – the Grande Île.

Strasbourg is a historical city with quite a lot of museums, one of which is the Museum of Modern Arts where you’ll find a collection of paintings from Picasso to Gustave Dore.

It is quite sunny during the summers and you can visit nearby places like Colmar, Kaysersberg, and chateaux Koenigsberg.

There are numerous parks to visit the whole year as each season brings you the pleasure of watching the authenticity of nature.

Generally, Strasbourg is very safe to visit. It is probably the safest city in France to travel to, but it has its dangers. Use your common sense and keep your valuables closely by your side, since the most common type of crime is petty theft.

Transportation and taxis are generally safe and reliable in Strasbourg, though many pickpockets are cramming in other forms of public transport. Taxis are usually your safest bet.

Pickpockets aren't that common but they do operate near the Cathedral. However, following and applying basic precautions should get you out of any uncomfortable situation.

No natural disasters are threatening the city of Strasbourg, so you can relax completely.

Strasbourg is very safe when it comes to kidnapping and mugging: they rarely occur, and even less so to tourists and foreign visitors.

There are scammers in Strasbourg but are easily avoided, only if you use your common sense. Check everything twice, especially the change you get.

Strasbourg is a safe city to travel to if you are a female traveling solo. Apply all the general precaution rules such as not walking alone in poorly lit and deserted areas, not finding yourself in the strange company at night,

So... How Safe Is Strasbourg Really?

Strasbourg is one of the safest large cities in France and tourists that visit have very little to fear.

However, disregarding this, the precaution measures you will have to take are on par with those you would have to take in any other popular tourist destination – just in case.

When it comes to the good and the bad areas for living, Strasbourg is safe with some exceptions such as L’Esplanade – which is also mostly safe, but because it’s a student area with all the nightlife activity that comes all together, it may be considered unsafe by some.

However, it’s still very safe comparing to the bad neighborhoods of Paris.

Concerning life quality, Orangerie and La Robertsau are the best places to live.

These neighborhoods are closely located to the Council of Europe and extremely peaceful all the time.

How Does Strasbourg Compare?