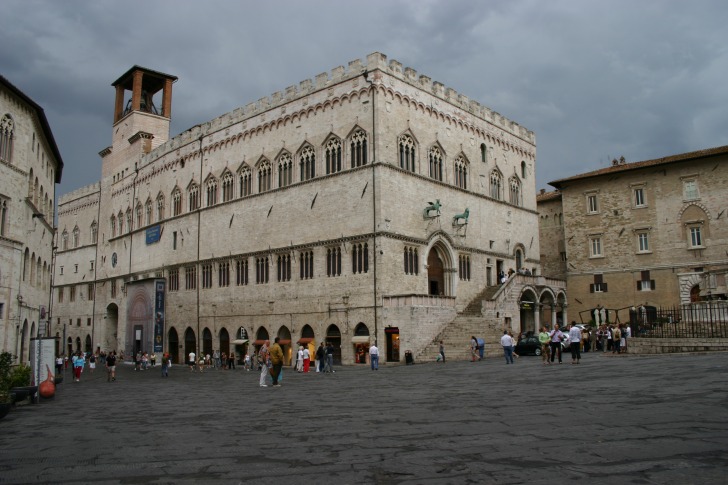 Perugia is a city in the Italian region of Umbria.

It is a city full of international students and the university faculties are scattered all over the city.

Perugia is also a small city – nothing like Rome or Florence, so there’s no need to worry about any kind of traffic, but at the same time it’s very cultural: there are tons of beautiful historical places around Perugia.

The center of the city is a medieval citadel on the top of a hill, obviously modernized, but you can see very old architectures near for example a bar, and you can visit most of the ancient places for free while you are walking around.

It is a gorgeous city and lively, too: it hosts two important festivals: the Eurochocolate Festival (every October) & Umbria jazz (every July).

Perugia is generally very safe to travel to but be on the lookout. Petty crime does occur, especially during the holidays and summer.

Taxis and other means of transportation are, overall, very safe to use in Perugia, but be on the lookout for pickpockets and other petty thieves.

Pickpocketing and bag snatching have been reported and such cases occasionally happen, as do cases of valuables theft when left unattended or in plain sight in an unattended vehicle. Be cautious when handling money or other objects of importance.

There haven't been any natural disasters in Perugia or its vicinity in the recent past so you can relax completely when it comes to natural risks.

Violent street crime rarely happens and even if it does, it is usually performed by unarmed criminals. Still, avoid abandoned and poorly lit areas.

Perugia, like other popular European destinations, is very safe for women travelers, so no need to worry there. Just don't do what you wouldn't in your own country.

So... How Safe Is Perugia Really?

Perugia isn’t exactly the safest city in Italy, but it isn’t dangerous either.

What strikes as weird most visitors who come to Perugia are the unfriendly people, usually with some kind of forced politeness – that usually sticks until you get to know them.

Just like all popular Italian cities, Perugia is a safe city, too.

A similar thing happens with beggars – they work in organizations and because of that begging is pretty common in major Italian cities, but tourists are unlikely to experience aggressive beggars.

Mugging and bag snatching is a serious problem in Italy, and you should be aware of your surroundings at all times because they might try distraction as a tactic to steal from you.

How Does Perugia Compare?