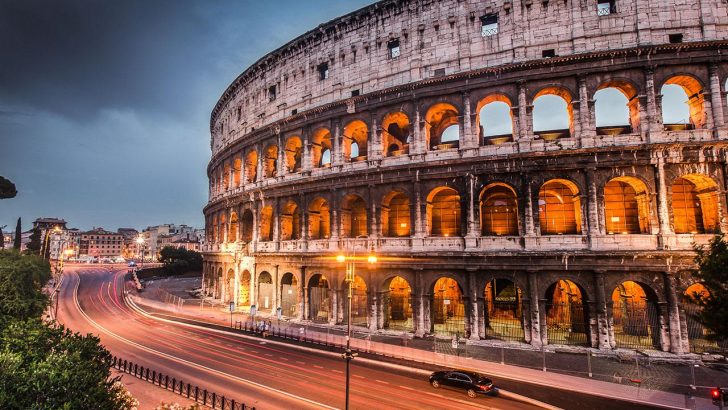 Rome, also known as the Eternal City, is the capital and largest city of Italy and the center of power, culture, and religion.

Rome is full of wonderful palaces, churches, ruins, and fountains, which makes it one of the world’s most visited and beautiful capitals.

It attracts those interested in the vibrant nightlife, shopping, and fashion, as well as those who seek mythology, religion, architecture and culture.

Rome, like many cities in Italy, is overall safe, except for some petty crime, such as bag snatching, pick-pocketing and theft from cars. Thieves often work in groups to distract victims, pretending to ask for directions or dropping attractive items on the floor of the train. While you are trying to help him/her m, the other one will take your valuables.

The official taxis in Rome are white, and it is advisable not to negotiate the price for the city center. However, make sure your driver activates the meter. Numerous unlicensed "taxi" drivers will try their best to attract you to enter his/her car. Just ignore them. Driving to Rome is quite easy. However, a GPS or a good map is essential. Bear in mind that car theft is very common in Italy. There might be some risk while taking public transport and there are reports of thieves slashing tires at the red light to persuade drivers to pull over and get out of their cars after which they will take their valuables or purses from the car. Strikes occur frequently in the Italian capital, which can result in delays in public transport services.

Summer and autumn are periods when it is a peak tourist season in Rome, which increases the theft. Theft is particularly common on trains in Italy, including to and from Fiumicino Airport, near Rome. Thieves use many approaches to distract their victims.

When natural hazards are in question, earthquakes, volcanoes and forest fires might happen, but they do not represent a serious threat. Sometimes, heavy rains might bring storms and flooding.

There is a medium risk that the person can be mugged or kidnapped in Rome, so you need to pay attention to your surroundings. Public transport, buses, trains, and metro, can be dangerous places, especially at night.

Even though Rome was not attacked by terrorists recently, the Italian Government has reported that Italy is a potential target, so some security measures are in place in and around major tourist attractions. Targets of the terrorist might include public transport and public places frequented by foreigners.

Numerous scam risks exist in Rome, from “gold ring” tricks, fake petitions, credit cards, and ATM fraud. There have been reports that many tourists were deceived by the counterfeit European currency, so pay attention to the notes you receive in change. Spiked food or drink is a frequent scam in Rome, particularly around Termini station, tourist areas such as the Colosseum, and in bars and cafes near Campo Dei Fiori and Piazza Navona. This scam aims to steal money from the victim. In some cases, victims have even been sexually assaulted.

Rome is heaven for solo female travelers since there have not been incidents of serious assault against foreign women.

So... How Safe Is Rome Really?

All in all, Rome is generally a safe place.

Travelers need to be watchful as in any other capital city since there is very little violent crime, but plenty of scams and pickpocketing.

To make the city as safe as possible, there are Carabinieri, the military police, and the Polizia,  who can be found in the most visited tourist areas.

They are very friendly and helpful.

As a rule, you should never carry anything very valuable with you and keep an eye on your belongings all the time.

What is very important is that not even hotel rooms are safe places for valuables unless they have a safe.

How Does Rome Compare?