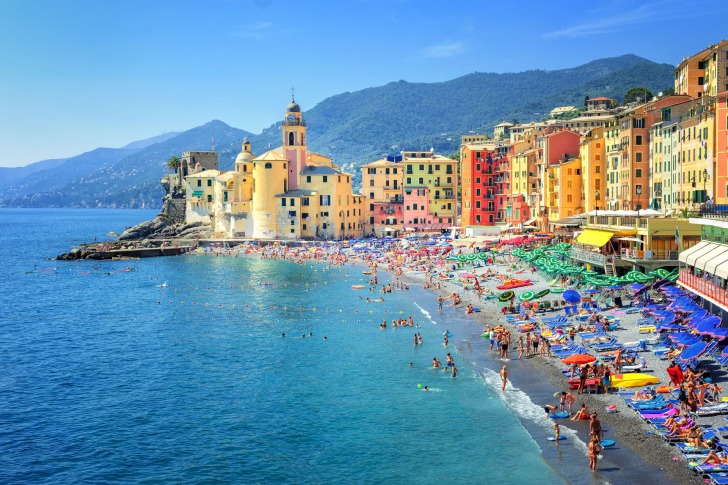 Genoa is the most gorgeous city in Italy, with little narrow streets and its spirit completely different from other cities in Italy.

The best thing that you can do in Genoa is walking around the old city center, the largest in Europe.

It is a genuine Italian city with its own identity and not a tourist trap.

Food is amazing even for the already high Italian standards, and being by the sea is just perfect.

Nightlife is not that thrilling but if you are happy with drinking a beer and hanging out in a square in summer or a bar in winter, you’ll have a marvelous time.

Genoa is a very tourist-friendly city in Italy. It is very safe and there's no reason to fear anything there, just avoid its many secluded streets after dark.

Taxis and other means of transportation are, overall, very safe to use in Genoa, but be on the lookout for pickpockets and other petty thieves.

Pickpocketing and bag snatching does exist, but it's not as common as you would expect. Pickpockets usually lurk around the port area and other tourist landmarks, but you don't have to worry too much.

Floods are the most common type of natural disasters in Genoa, but they're not too common. Still, be on the lookout and follow the authorities' advice.

Genoa is relatively safe when it comes to mugging or kidnapping. It rarely happens to tourists, but you should avoid little, narrow streets that Genoa is famous for, late at night.

Since Genoa is a top tourist destination, it is no wonder that people will try to scam you, especially during summer when the number of tourists increases. Double-check the authenticity of everything you want to buy as well as the change you receive and negotiate everything in advance.

Genoa as other popular European destinations, is very safe for women travelers, so no need to worry there. Just don't do what you wouldn't in your own country and avoid the little narrow streets that Genoa is filled with.

So... How Safe Is Genoa Really?

Genoa is mostly very safe and you have absolutely no reason to worry about your well-being while here.

Genoa has some more dangerous areas and some safer, but the city center is a story for itself.

The city center, gorgeous during the day and filled with people walking around, isn’t the best option for roaming during the night alone (actually it’s better going out there with a group).

This is because it’s very easy to find shady groups of people there, especially around the typical narrow streets of Genoa (called “vicoli” there).

The so-called “dangerous” parts of Genoa (but only at night and if you are alone) are as follows: part of the historical Centre (Via Prè, Via San Luca, Via Gramsci, Piazza Caricamento, Via Della Maddalena and Via del Campo ), Cornigliano, Sampierdarena, Certosa, Begato.

A similar thing happens with beggars – they work in organizations and because of that begging is pretty common in larger cities of Italy, but tourists are unlikely to experience aggressive beggars.

How Does Genoa Compare?