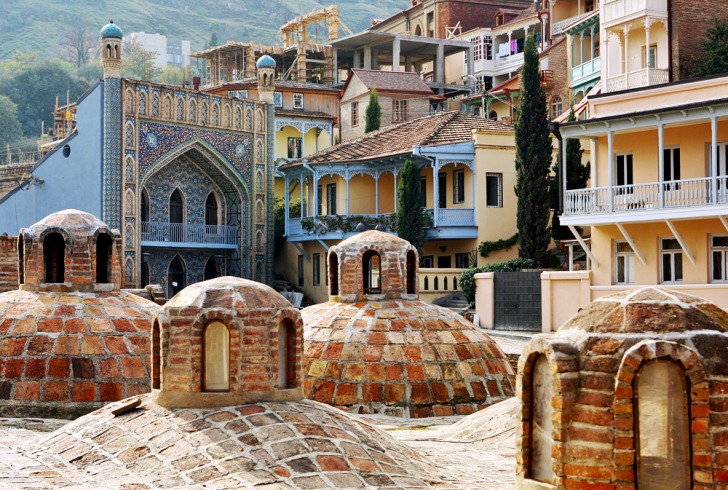 Georgia - safety as a country

Tbilisi is the capital and the largest city of Georgia and also, according to many, one of the safest cities in Europe.

Tbilisi is a gorgeous city, whose main attraction comes from its streets filled with history and the spirit of what it once was.

Namely, even though it has been destroyed and rebuilt some 29 times, the layout of the Old Town is, for the most part, still intact with narrow alleys and big crooked houses built around courtyards.

The city has a rich history, undeniable charm and unique spirit that makes you feel free, and while it might not be as attractive in the traditional way, like some European capitals cities or megalopolises, Tbilisi is worth to be given a try.

Tbilisi is overall safe to travel to, with considerably low crime rates and even pickpockets not being that much of an issue. However, it is advised that you remain vigilant at all times, just like anywhere else.

Transport is generally safe and reliable in Tbilisi, and it has improved significantly during the past decade, but be careful on public transport, since that's where pickpockets operate and watch your valuables in Tbilisi metro.

Pickpocketing exists but it is not too big of an issue. There are specific areas to watch out for such as the Tbilisi metro and public transport that is notorious for pickpockets. Be careful and keep your valuables close by your side.

There are threats from natural disasters in Tbilisi, such as hurricanes, tornadoes, severe storms, wildfires, and floods, happening regularly.

It is not likely you will get mugged or kidnapped in Tbilisi. Crime rates are very low, and violent crime against tourists is highly unlikely. Plus, there's police everywhere. Still, don't let your guard down and stay away from dark and deserted areas of bigger cities.

Even though there haven't been any terrorist attacks in Tbilisi's recent history, they shouldn't be ruled out, so be aware of your surroundings at all times.

There is the issue of scams in Tbilisi, just like in any other city, and the most common ones are credit card scams and online scams. Always negotiate everything in advance, double check your change and never pay anything upfront. Never accept drinks from strange people or leave your drink unattended.

Tbilisi is safe for solitary females. Just use your common sense and have your wits with you. Avoid poorly lit and deserted areas at night and finding yourself in places filled with drunken people.

So... How Safe Is Tbilisi Really?

Tbilisi is very safe for travelers, with crime rates among the lowest in Europe.

First of all, the hospitality and warmth that Georgians have towards foreign visitors are truly astonishing.

Their hospitality in general, not just towards foreigners, is something that I think truly sets their culture apart from the culture in the US.

Both crime and corruption have been almost eradicated.

There are pickpockets and petty theft on the streets of Tbilisi, and especially in the Tbilisi metro, but they are far less of a problem than in other countries in Europe, and in cases of trouble, there are police cars patrolling the streets of the capital regularly, and you can trust them and ask for help anytime.

If you keep your wits about you and use common sense (watching your stuff in crowded places, etc), you will find it to be very safe.

There is a danger from motorists that have zero tolerance for pedestrians.

They often disregard them completely, and the same applies to cars: if you find yourself at an intersection and you have the right of way, do not expect anyone to stop and let you cross the street – be it in front of a crosswalk or a green traffic light.

How Does Tbilisi Compare?