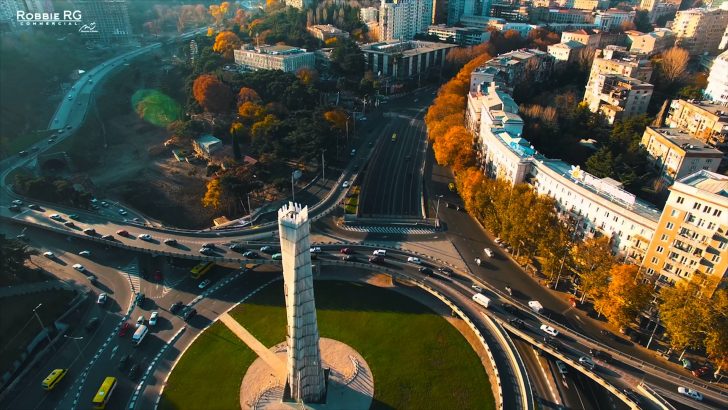 Georgia is a country located at the crossroads of Western Asia and Eastern Europe, bound by the Black Sea to the west, and sharing its borders with Russia to the north, with Turkey and Armenia to the south, and with Azerbaijan to the southeast.

Georgia, as well as the majority of the rest of the world, considers these two regions to be Georgian territories under Russian occupation.

However, for a country of such small proportions and complex history, it offers a unique landscape, mixing high mountains with wine-growing valleys and Black Sea beaches, not to mention its culture and history: archaeologists have found the oldest known traces of wine production in Georgia.

There is something for everyone and all types of tourists can enjoy their own cup of tea in this country.

Georgia is rapidly developing when it comes to both crime and corruption, and with these improvements, the influx of tourists followed: starting in the mid-2000s, tourists have started visiting Georgia and its Black Sea coastline significantly more than ever before.

Georgia is overall safe to travel to, with considerably low crime rates and even pickpockets not being that much of an issue. However, it is advised that you remain vigilant at all times, especially when crossing the streets.

Transport is generally safe and reliable in Georgia, and it has improved significantly during the past decade, but be careful on public transport, since that's where pickpockets operate, and watch your valuables in Tbilisi metro.

Pickpocketing exists in Georgia but it is not too big of an issue. There are specific areas to watch out for such as the Tbilisi metro and public transport that is notorious for pickpockets. Be careful and keep your valuables close by your side.

There are threats from natural disasters in Georgia, such as hurricanes, tornadoes, severe storms, wildfires and floods, happening regularly.

It is not likely you will get mugged or kidnapped in Georgia. Crime rates are very low, and violent crime against tourists is highly unlikely. Still, don't let your guard down and stay away from dark and deserted areas of bigger cities.

Even though there haven't been any terrorist attacks in Georgia's recent history, they shouldn't be ruled out, so be aware of your surroundings at all times.

There is the issue of scams in Georgia, just like in any other country, and the most common ones are credit card scams and online scams. Always negotiate everything in advance, double check your change and never pay anything upfront. Never accept drinks from strange people or leave your drink unattended.

Georgia is definitely safe for solitary female. Just use your common sense and have your wits with you. Avoid poorly lit and deserted areas at night and finding yourself in places filled with drunken people.

So... How Safe Is Georgia Really?

Georgia is generally safe for travelers, with crime rates among the lowest in Europe.

Both crime and corruption have been almost eradicated, although back in the day they represented a serious issue for Georgia.

However, it all changed after the Rose Revolution, and nowadays it is completely safe to trust the Georgian police.

There are pickpockets and petty theft on the streets of Georgia, and especially in the Tbilisi metro, but they are far less of a problem than in other countries in Europe, and in cases of trouble, there are police cars patrolling the streets of Georgian cities and towns regularly, and you can ask for help anytime.

There is, however, the issue of road safety.

Even though most of the Georgian roads have been paved, the railway has been fixed and generally, the traffic is much better than ever before, there is a danger from motorists that have zero tolerance for pedestrians.

They often disregard them completely, and the same applies for cars: if you find yourself at an intersection and you have the right of way, do not expect anyone to stop and let you cross the street – be it in front of a crosswalk or a green traffic light.

How Does Georgia Compare?