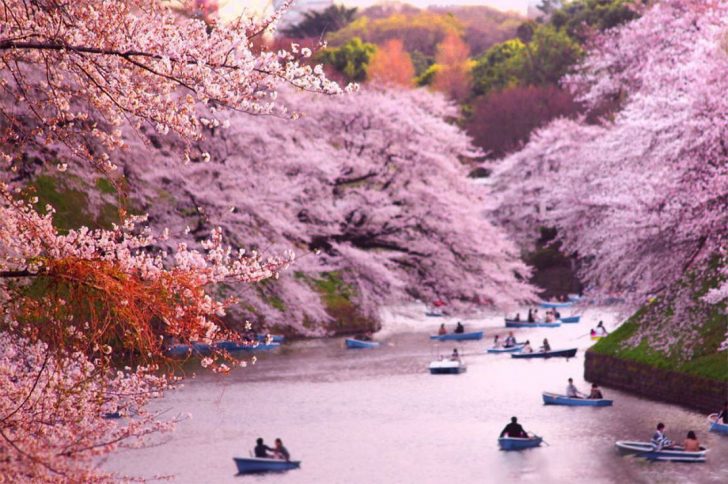 Japan is a sovereign island state in East Asia.

Located in the Pacific Ocean, the “Land of the Rising Sun” stretches from the Sea of Okhotsk in the north to the East China Sea and China in the southwest.

Now, a geographically interesting aspect of Japan is that it’s actually a stratovolcanic archipelago consisting of about 6,852 islands.

The four largest are Honshu, Hokkaido, Kyushu and Shikoku, and they makeup about ninety-seven percent of Japan’s land area and are often called home islands.

It was the first Asian country to independently modernize, and it didn’t stop there: the country continues to follow contemporary flows, embrace new technologies and architecture, but with a unique touch typical only for Japan.

Yet, unlike many countries, Japan never insisted on removing older technologies and structures.

New ideas just pile up beside the old ones, and oddly enough, they make a perfect match.

Generally, Japan is a very safe country to travel to, probably one of the safest. Still, never let your guard down, and be wary of pickpockets and scammers as you would in any other country.

Public transport and taxis are safe and reliable, but it is recommended that you be very careful with your valuables in public transport, since that's where pickpockets operate. Women on crowded trains should bear in mind the existence of chikan, which means molesters, or gropers, though they usually target local women since they're less likely to make a scene.

Pickpocketing and bag snatching are common in tourist landmarks and crowded areas, as in any country. Be vigilant at all times and never leave your belongings in plain sight. Be careful in crowded areas, in railway and bus stations and especially in public transport. Still, compared to major Western countries, pickpocketing is not nearly as common in Japan.

As a complete opposite to the calm criminal situation, natural disasters are common and mostly occur in the form of earthquakes, tsunamis, and volcanic activity.

You shouldn't worry too much about being mugged or kidnapped in Japan since it rarely occurs. However, never accept drinks from strangers, and avoid entering shady bars and clubs in red-light districts.

Even though there haven't been any terrorist attacks in Japan's recent history, they shouldn't be ruled out, so remain aware of your surroundings at all times.

Scams are very common in Japan, like in any other country that is a top tourist destination. Still, even scammers do not operate here as much as they do in the West. There have been reports of fraudulent credit card charges, especially in the areas of Roppongi and Kabuki-Cho in Tokyo, so it is highly recommended not to allow waiters or vendors make any transactions with your credit card on their own. Keep an eye on your credit card all the time

Women traveling solo are completely safe in Japan. If you have your wits with you and follow your common sense, avoid dark and desert alleys or walking alone with strange people at night, your trip should go smoothly.

So... How Safe Is Japan Really?

Japan is extremely safe, in fact, it’s probably one of the safest countries in the world, with crime rates much lower than in most Western countries.

Street crime is extremely rare, even late at night.

Of course, this does not mean that Japan is completely crime-free without any dangers and, and you shouldn’t let your guard down.

Pickpocketing exists here as in any other country: be wary of pickpockets bumping into you on the streets, and generally be careful with your valuables, especially in crowded places, such as trains and at Narita Airport, and if you follow common sense, your trip should go fine.

Another issue, more annoying than anything else, is that there is a lot of drinking in the evenings, so during the day, you may start running into drunks on the streets, even though this is not too big of danger because alcohol-related violence is extremely rare.

Then there are red-light districts, mostly in large cities, that seem a little shady, but are actually never dangerous for visitors, but you should bear in mind that some smaller backstreet bars have been reported to astronomically overcharge customers for drinks.

There have even been reports of foreigners being drugged at those places and then charged as ¥700,000, or close to $7000, usually for something they don’t even remember ordering.

Just avoid going into places suggested by someone you’ve never met, and you shouldn’t have any similar problems.

How Does Japan Compare?