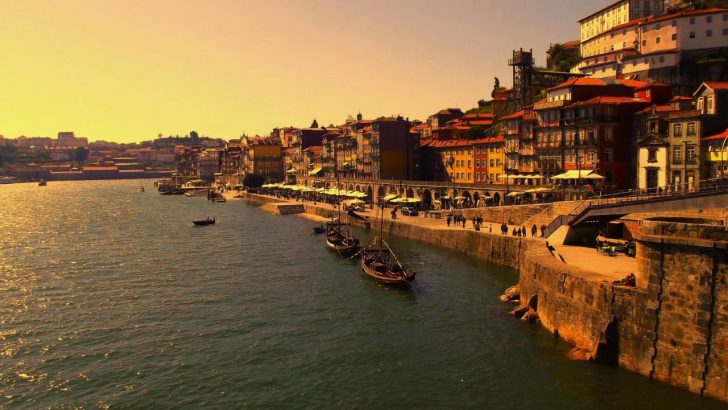 Portugal is a country that shares with Spain the Iberian Peninsula at the south-western tip of Europe.

This country boasts a unique culture, picturesque cities that stay in your memory for years to come and fantastic countryside.

Back in the day, Portugal was one of the poorest countries in Western Europe, due to dictatorship that ruled the country before 1974, but with its end, and the start of Democracy which ultimately leads to its incorporation into the European Union in 1986, it has blossomed into a country people can’t wait to experience and its prosperity increased immensely.

Today, it is probably one of the most desired tourist destinations in Europe.

The reason for this is Portugal’s incredible diversity when it comes to landscapes and holiday opportunities.

You can see vast green mountains in the North and explore its trees and species for days, then move on to rocky mountains, with breathtaking slopes and falls in the Centre, and continue the trip in the near-desert Alentejo region and end it at the beach holiday destination Algarve.

Overall, Portugal is very safe to travel to. Its crime rates are very low, and pickpockets are the biggest concern you'll have to deal with while on a holiday there. Have your wits with you and be vigilant at all times.

There are no serious threats when it comes to natural disasters in Portugal. Occasional floods have been a recurring natural disaster the last century, followed by earthquakes, but those are unlikely to happen.

Although there haven't been any terrorist attacks in Portugal's recent history, they shouldn't be ruled out, so be aware of your surroundings at all times.

As in any tourist destination, and especially a top tourist destination such as Portugal, there is a heightened risk of getting scammed. Check every change twice, negotiate everything beforehand and never give your money before you receive the service you're paying for.

Portugal is, in general, very safe for women traveling solo. Apart from a few precaution rules you should apply in order to minimize your chances of something going wrong, if you avoid poorly lit and deserted streets and follow your common sense, your trip should go smoothly.

So... How Safe Is Portugal Really?

Portugal is very safe to visit, and though it’s not without its dangers, some basic precaution rules might save your trip.

Violent crime rates are pretty low, including conflicts, gang-related crime or drug issues, and all violent crime is generally related to particular neighborhoods.

Also, you can be safer at night than in the majority of European countries, since, in Portugal, there is a general lack of drunken people stumbling around the streets after a boozing party in the city.

As everywhere, there are some areas, especially in Lisbon and Porto that are best avoided at night.

Also, bear in mind that Portugal is not a pickpockets-free country and that they tend to roam around the city and tourist-frequented areas.

The most usual places where they operate are crowded train stations, airports and shopping areas. If you’re using the subway, make sure you sit next to someone and avoid empty carriages.

Pickpockets trying to steal any type of purse, luggage or shopping bag is a serious issue in Portugal, and there is even a voice message reminding people of this in most metro and train stations.

How Does Portugal Compare?