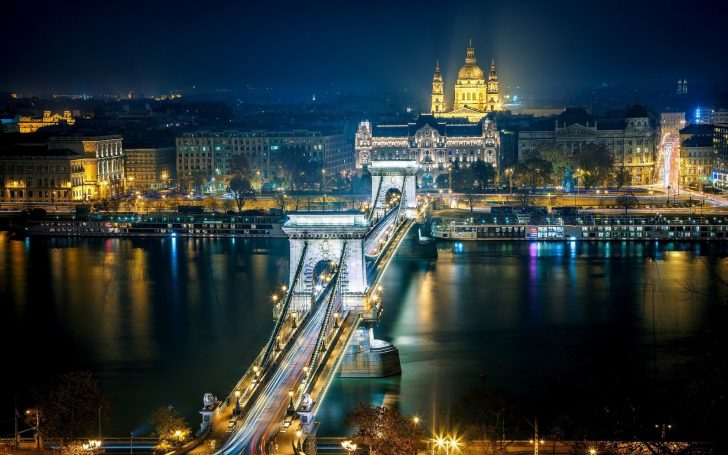 Hungary is geographically very diverse: with low mountains in the north-west, the Great Plain in the east, many lakes, and rivers, the most famous of which being Balaton – the largest lake in Central Europe, picturesque little villages and modern, contemporary capital of Budapest, Hungary is definitely a destination worth visiting.

Actually, Budapest is considered to be one of the most beautiful cities in the world.

Even though it’s small in size, Hungary boasts an impressive number of World Heritage Sites and natural gems such as the second largest thermal lake in the world (Lake Hévíz) and the largest lake in Central Europe (Lake Balaton).

When it comes to architecture, among Hungary’s landmarks are the largest synagogue in Europe (Great Synagogue), the third-largest church in Europe (Esztergom Basilica), the second-largest Baroque castle in the world (Gödöllő), the second oldest metro system in Europe and the third all over the world after New York and London (called Millennium Underground).

Hungary is very safe to travel to. Your biggest worry, when traveling to Hungary, should be the pickpockets and scammers. If you apply basic precaution rules, that should minimize the risk of something going wrong.

Transportation and taxis are generally safe and reliable in Hungary, but don't rely on taxi drivers' recommendations of pubs and bars and be careful in public transport, as it's a place where pickpockets operate.

As in any European top destination, there are pickpockets at popular tourist landmarks. Follow your common sense and remain vigilant at all times, especially in public transportation and at crowded stations.

Apart from occasional snow storm and flooding in the northeast region of Hungary, there are no threats of natural disasters in Hungary.

There haven't been any terrorist attacks in Hungary's recent history, but, in the light of recent attacks in this part of Europe, it is best to remain vigilant at all times.

As in any country, especially a top tourist destination, there is risk of getting scammed. Be wary of people trying to distract you or offering you unwanted help, check your change twice and always negotiate every service beforehand.

Hungary is very safe to travel to, if you are a female traveling solo. Apart from a few general precaution rules you should apply, such as not walking alone in poorly lit and deserted areas, not finding yourself in strange company at night, etc, you can relax because Hungary is very safe in this respect.

So... How Safe Is Hungary Really?

However, there is a considerable rate of petty crime, particularly in Budapest.

The most common form of a crime you’ll probably encounter is pickpocketing or bag snatching.

Violent crimes such as robberies, rape, or assaults are also not an issue in this country, but you might encounter pickpockets in large cities or at events with large crowds.

Avoid crowded places, and apply extreme precaution when in public transportation or on bus or railway stations.

There have also been reports of tourists’ baggage being stolen while they were sleeping on the train, so remain vigilant when in public transport.

Many Hungarians do not pay too much attention to driving safely, which is why 2010 was the year of 739 deaths caused by traffic accidents.

Hungarians can be careless drivers so be very careful when driving, especially at night, or on two-way roads.

Another issue for tourists in Hungary is that, despite the fact that Hungary is not an overly religious nation, and abides by the law protecting same-sex partnerships, many Hungarians have pretty conservative views concerning LGBTQ culture, especially in rural parts of the country.

The situation can be different in Budapest, where a younger and more contemporary and open-minded generation usually nurtures a friendlier attitude towards the gay population.

How Does Hungary Compare?