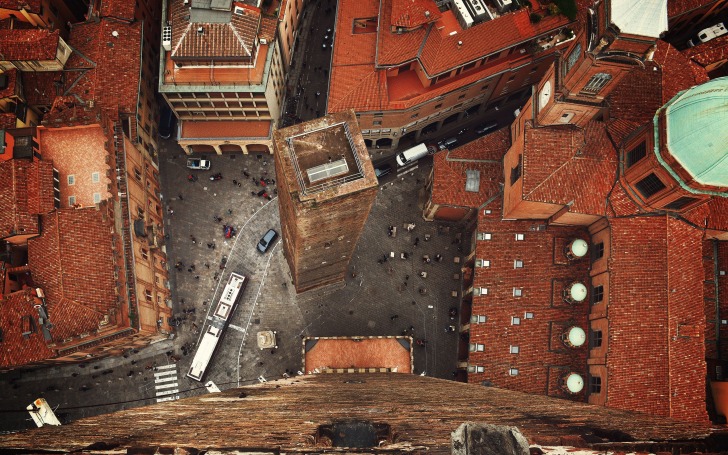 Bologna is a historical city and the capital and largest city of Emilia-Romagna (a region in northern Italy).

The city is very popular in the rest of Europe for having the oldest university in the Western world and many European states have acquired its schooling system.

The quality of life here is very high.

It’s connected very well both to Milan, Florence, and the seaside, so you have a lot of possibilities if you want to move all over the country and see more cities.

People here have a relaxed and enviable lifestyle, you can see the streets full of shops, boutiques, musicians, young people, etc.

Bologna is a city in a very safe country, and since it's filled with tourists all the time, you should feel safe traveling here but always be wary of petty thieves and pickpockets.

Public transportation and taxis are normally safe in Bologna, so there is no need to avoid them.

Since Bologna is a very attractive and popular tourist destination, there is, naturally, a high risk of pickpocketing. You should keep your valuables in a safe place, make sure nothing of value is in your back pockets, and never keep all your money in the same place.

Earthquakes and floods are the most prominent natural disasters in Bologna, but they're not too common. Still, be on the lookout and follow the authorities' advice.

Bologna is relatively safe when it comes to mugging and kidnapping, and such cases rarely happen, even more so to tourists, but do pay attention to your surroundings.

Bologna, like other popular European destinations, is very safe for women travelers, so no need to worry there. Just don't do what you wouldn't in your own country.

So... How Safe Is Bologna Really?

Bologna is mostly a safe city, but there is no city without any dangers, and this applies here, too.

Bologna is a small town crowded with students from all over the world: it is the type of city that is generally called a “university city”. It’s not a dangerous place at all.

The most common crime you could be a victim of is pickpockets (especially on buses), or some kind of a street scam.

A few areas outside the city center may be not very recommendable at night, but the incidence of violent crimes in the city is still very low.

Avoid the university district, it can get loud and noisy, as well as the areas around major party street (such as Via del Pratello).

Pratello also has kind of a bad reputation among students.

Colli, Saragozza, and S.Stefano are probably the best areas you can find in Bologna, while the University part of the city center is probably the worst because it tends to be filled with drunk students and noisy people.

Still, that doesn’t mean that it’s dangerous to go there.

How Does Bologna Compare?