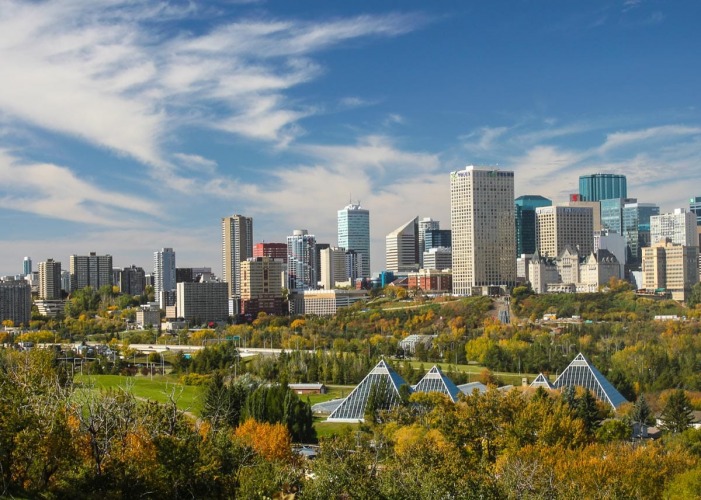 Edmonton is the capital city of Alberta. It is famous for its beautiful river valley park system, the North Saskatchewan River Valley, which offers over 100 kilometers of recreational trails, wildlife viewing, and city views.

On top of that, Edmonton has a vibrant theater community, a busy cycle of annual festivals, national sports teams active year-round, and excellent winter recreational opportunities.

The city is quite safe; there are no serious criminal incidents. It is necessary to adhere to common sense and not to walk in dangerous places at night.

Taxi is safe, use it at night rides. Public transport is quite convenient and secure, but there are cases of pickpocketing.

Pickpocketing cases are rare, but they do happen. Should be alert in crowded and tourist places.

Hazards in Edmonton can be from avalanches, earthquakes, floods, and landslides. Explore the news about these hazards before your visit.

Cases of armed robbery do not often happen in Edmonton, but they do. Tourists should be careful and avoid political and other demonstrations.

Scam rarely happens. If you use common sense, you are unlikely to encounter fraud here.

Traveling women are generally safe in Edmonton. Be cautioned in public transport at night, and you'll be safe.

So... How Safe Is Edmonton Really?

The index of crime is moderate to low here.

And, compared to other North American cities, the town is safer.

Pick-pocketing and scams are almost non-existent in the city.

But, there are some areas where you should be more cautious.

In some parts of the city, such as the Inner City area, there are many homeless and low-income people.

In such places, it is safe during the day, but it may not be very safe at night.

Extortion, theft, or assault from drunk people are not uncommon here.

Try to avoid this area.

Another danger can be drunk people staggering late at night at the bars.

Be vigilant, and do not get involved in drunken fights.

Another danger in the city may be imperceptible ice in the cold season.

The so-called “black ice” is almost invisible on the road and is very dangerous when driving by car.

The rest of the movement is quite calm and understandable, and the drivers are polite and follow the rules.

With that said, you shouldn’t have too many problems in most areas of the city.

While violent crimes do happen, they are most often crimes against other criminals and gangs.

How Does Edmonton Compare?