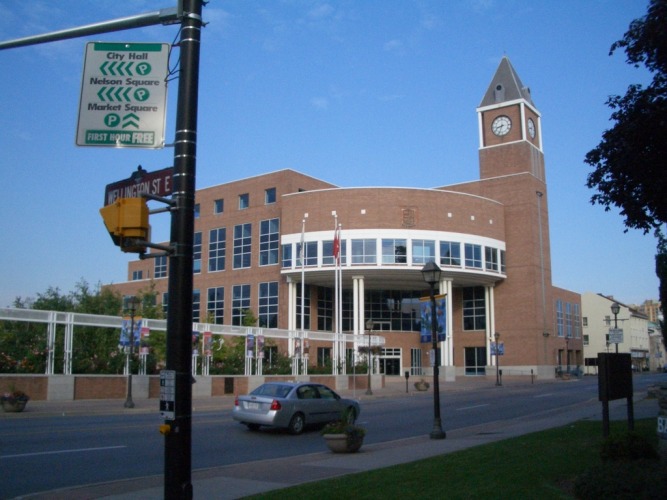 Brampton is a city within the Greater Toronto Area of Ontario.

It is one of Canada’s fastest-growing cities and has a population of approximately half a million people.

Brampton has a more modern architecture, so there is no such charm as in old cities.

But still, many tourists come here to see many attractions of the city, such as Peel Art Gallery Museum & Archives, Great War Flying Museum – small museum and a workshop with volunteers that make replicas of WW1 planes from scratch; World Art Gallery – Featuring postcard-sized art from around the world, run by Visual Arts Brampton.

Gage Park is a popular place for walking. During the winter months, Gage Park’s circular walkway is turned into a skating rink and the park is nicely decorated with Christmas lights.

Brampton is safer among other Canadian cities in the area. Nevertheless, petty theft and drug problems often disturb this city. Tourists should be careful on the streets of the town at night and not carry a lot of valuables.

There are pickpockets in Brampton as in any city. They will not cause inconvenience to you if you follow your things, do not leave personal items unattended, do not get distracted by talking with strangers, and do not carry a lot of valuable stuff with you.

Armed robberies in Brampton do not happen often. But they can occur due to drug problems. If you find yourself in such a situation - give the robbers what they require and immediately contact the police. Usually, the police respond quickly to such cases.

Canada's current level is Medium, meaning that a violent act of terrorism could occur. There were no cases of terrorism in the Brampton; however, travelers should always be on the alert about this danger.

Petty fraud at Brampton is rare. However, teens or people from the ghetto may try to trick you since tourists are usually paid the most attention. Often, such fraud will be harmless - by telling you the direction or the place you need, someone can hint that he would like to receive a monetary reward for this.

Usually, for women traveling alone, there is no problem at Brampton. They are unlikely to attract unwanted attention from local men. However, it is always worthwhile to have common sense and remember the usual security measures.

So... How Safe Is Brampton Really?

Brampton is a reasonably safe city; the crime rate is not high here.

Brampton ranks as the 170th most dangerous place in Canada on a list of 229 cities.

Overall, Brampton falls in the middle in most categories, but in addition to robbery, it also ranks higher in homicides and cocaine trafficking.

In the vicinity of the city and the areas remote from the center, it is most dangerous, especially at night.

Here, most of all, the settlements of the weak and juvenile delinquents are more aggressive.

Attacks and robberies in these places occur most often.

Tourists are advised to avoid these areas of Brampton day and night.

Brampton also has different ghettos, and areas of the city with such ghettos can be more dangerous than the center because you may not expect what might happen.

However, tourists should not be afraid of their stay in Brampton – usually, all skirmishes and minor crimes occur within the community of the city.

Tourists only need to keep track of their pockets and personal belongings, not to carry a lot of cash with them.

Choose central and well-lit streets and areas to move around.

Do not get involved in street fights and drunken showdowns.

How Does Brampton Compare?