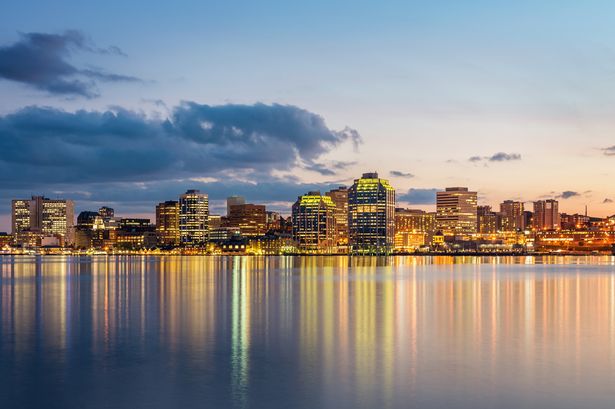 Halifax is the capital city of Nova Scotia and the largest city in the Atlantic Provinces of Canada.

Today, Halifax is a busy Atlantic seaport and the economic and cultural hub of Eastern Canada.

Halifax is a small city with fresh sea air and calm but exciting nightlife.

There a lot of food bars and craft breweries, where you can experience gastro-tourism.

There are also many interesting places to visit: Waterfront, Harbor Hopper, Canoe the Northwest Arm, and so on.

The city is quite calm and safe. There may be problems with drug dealers, but usually, they do not concern tourists. Certain areas should be avoided. Beware of black ice when driving through the streets.

In the city there are many taxi services to choose from, all have a taximeter. The primary forms of public transportation are standard transit buses and a new bus-rapid transit system. Public transportation is safe and convenient. Use common sense if you rent and drive in vehicles.

The risk of pickpocketing is low, but it can happen in dangerous areas of the city or if you are caught drunk. Be careful in crowded bars and transports. You can become a victim of pickpocketer only if you don’t keep an eye in your pockets as usual.

The region, severe and unpredictable weather such as flooding, blizzards, and hurricanes, can occur. Unusually cold winter can cause inconvenience to travelers. Take care of warm clothes so as don't get too cold.

Grave armed robberies or kidnappings do not happen in Halifax. However, avoid dangerous areas and have common sense. Do not mess with people who offer you a drink, if you don’t know how to drink, you may be the victim of a robbery in the end.

Canada's current terrorism level is medium, meaning that a violent act of terrorism could occur, and has been at this level since October 2014. So, in Halifax, this risk also remains. Avoid political demonstrations and explore the news before the visit.

Scam rarely happens. If you use common sense, you are unlikely to encounter fraud here. Sometimes text messages are possible from people pretending to be a bank asking them to transfer their data.

Traveling women are safe in Halifax. Be cautioned in public transport at night, and you'll be ok. In bars and nightclubs, alone women are likely to attract a lot of attention, but if you don't want company, men will respect your "No."

So... How Safe Is Halifax Really?

Index of crime in Halifax is moderate and usually drug-related, and do not concern to the travelers.

There exist a group of people who harass and robbing people on the streets, but they rarely assault tourists.

However, in some areas of Halifax, there is an imminent danger, and travelers should avoid it. Be especially careful at night in some regions of Gottingen Street and Uniacke Square.

It is strictly not recommended getting involved with drunk people and participate in drunken fights.

Certain areas in North Dartmouth, Spryfield, and Fairview are known for their crime problems but are generally safe during the day.

There are many pedestrian crossings in the city, and usually, drivers always let pedestrians pass.

However, in order not to lose vigilance, you need to be alert because of suddenly appearing zebra crossings that the driver may not react to.

Another danger in the city may be imperceptible ice in the cold season.

So you should watch your steps and drive carefully.

With that said, you shouldn’t have too many problems in most areas of the city.

How Does Halifax Compare?