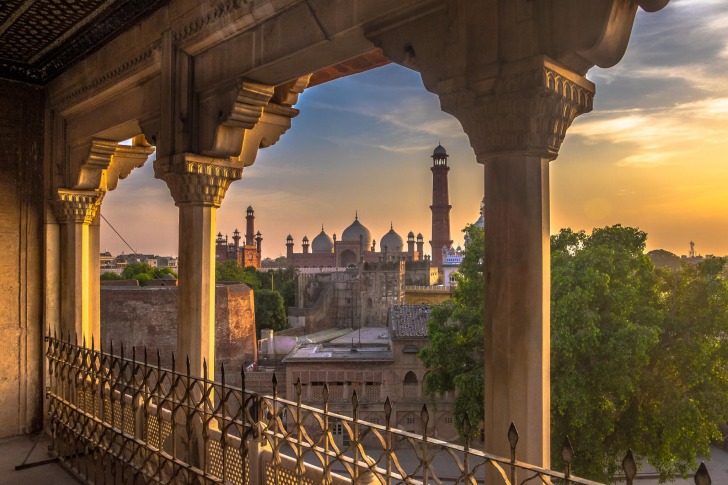 Lahore is Pakistan’s second-largest city, considered around the world to be the country’s cultural capital.

The heart of Lahore is the Walled/Inner City, a very densely populated area with many tourist attractions.

It’s famous for its food and you’ll put on a couple of kilos in their gorgeous restaurants.

It’s also considered to be much safer than most other cities in Pakistan.

if you are a traveler or a tourist or an explorer, you’ll find a bunch of places to explore and visit in Lahore.

Even though both petty and violent crimes took over the streets of Pakistan, Lahore is much safer than the norm. Still, it's advised that you remain extremely careful if you're planning on visiting Lahore.

Careem and Uber are available in Lahore so you don’t have to worry about commuting - since the situation, when it comes to public transportation, isn't great. Avoid all forms of public transport except for Ubers and other forms of taxi services.

Petty street crime is an issue in Lahore and tourists are strongly advised against carrying valuables with them while on the streets: passports, bank cards, bags, jewelry, laptops, mobile phones, iPads and anything else you can think of is of extreme value to any pickpocket in Lahore.

As for natural disasters, Lahore is susceptible to a couple of them that have hit in the past, like earthquakes, floods, and droughts. Monitor the situation and follow the advice from the authorities.

Violent crime rates aren't high in Lahore and go for armed robbery, robbery, carjacking, kidnappings, home invasion, and even murder. These are all not common occurrences, but you should still avoid notorious neighborhoods.

Terrorists are somewhat likely to try and carry out attacks in Lahore. The biggest threat comes from Tehrik-e Taleban Pakistan, which is an umbrella organization of groups based in the Federally Administered Tribal Areas. TTP carry out attacks throughout Pakistan, and the attacks are usually carried out using Improvised Explosive Devices (IEDs), including suicide attacks.

There are scammers in Lahore trying to take advantage of tourists, and the situation with scams is similar as in any other country. Be wary when handling money and of anyone trying to distract you. Taxi drivers might try to trick you into paying more, giving you wrongful information about the price of the ride.

As a woman in Lahore, you should be smart and careful, especially at night, obviously avoid big crowds or masses of people and you should be just fine.

So... How Safe Is Lahore Really?

Considering other places in Pakistan marred by lawlessness, Lahore is a generally safer place to live.

It is not only a safe place for you to travel but it’s the most adventurous and liveliest city of Pakistan.

You will find peace and harmony there and people living their lives to the fullest.

It doesn’t matter if you know anyone there or not people are nice there with kind and friendly nature and provide a hospitable environment for the outsiders.

Tourists are in Lahore are strongly advised against visiting political gatherings, as – though it’s a country filled with friendly people – these gatherings might escalate into a protest that can turn violent and in some cases deadly.

Not all parts of Lahore are safe so a lot depends on which part of the city you’re located in.

Mugging, snatching, getting robbed and similar forms of petty crime does happen in most parts of the city, but it’s not too common.

Mobile phones, gold jewelry, motorbikes etc are very wanted among the petty thieves so always leave your valuables at home.

How Does Lahore Compare?