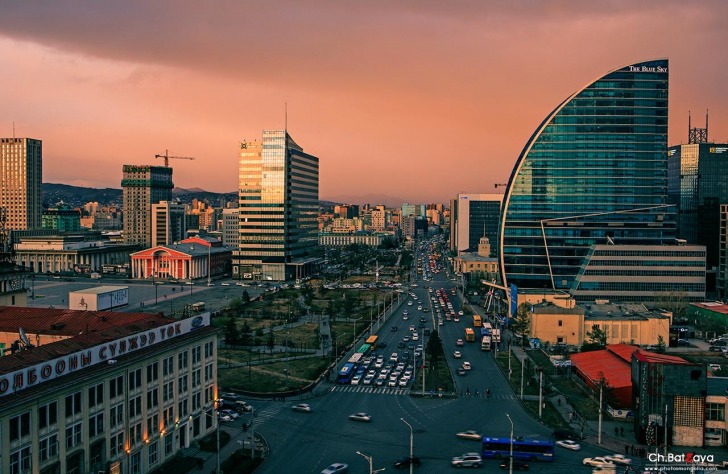 Mongolia - safety as a country

Ulaanbaatar, also known simply just as UB, is the capital of Mongolia.

It is the largest city in Mongolia, standing as its political, commercial, industrial and cultural hub.

Most of the education and job centers are also heavily concentrated in Ulaanbaatar.

Therefore, Mongolians who grow up in the countryside naturally gravitate towards the capital in pursuit of education, career, and other opportunities.

If you’re the party-goer type, visit Ulaanbaatar during summer: that’s when all the “beach” parties, festivals and events will be held.

The people in the city are expecting foreigners to be around.

Ulaanbaatar is a city in one of the least crime-ridden countries to travel to in Asia. There isn't much to worry about as long as you take the basic precaution measures. Petty theft is the biggest problem in Ulaanbaatar when it comes to crime.

Generally, transportation in Ulaanbaatar is pretty safe and reliable. You can use taxis, buses and share minivans and jeeps, and you can also use camels. Just be aware of unmarked cars driving with the window rolled down, offering to give you a ride.

The biggest concern when traveling to Ulaanbataar or other large Mongolian cities is pickpocketing and bag snatching. You shouldn't fear violence, only petty theft, which can also be avoided only if you follow your common sense. Never keep your money in your pockets or purses.

There is a variety of natural hazards threatening Ulaanbaatar such as floods, earthquakes, storms, droughts, and other extreme weather events.

Violent crime is not common outside of the capital, and pretty rare in the capital, but still, caution is recommended at night, or in deserted areas and poorly lit streets. Unfortunately, xenophobia exists in this country and violence towards foreigners can happen so avoid interaction anyone intoxicated or anyone looking like they might want to start a fight.

Although there is no recent history of terrorism in Ulaanbaatar, attacks can't be ruled out. Be aware of your surroundings at all times.

Scams are common in every city frequented by tourists, and that applies to Ulaanbaatar too. Be wary of people trying to distract you, people pretending to be official personnel and street vendors trying to rip you off.

Ulaanbaatar is a safe country for female travelers. People are very friendly in this city and willing to help you at any time. Just follow your common sense in public places, avoid dark and deserted areas, walking alone at night and watch out for your belongings and your trip should go smoothly.

So... How Safe Is Ulaanbaatar Really?

Generally speaking, Ulaanbaatar is mostly a safe city to visit.

Its biggest problem is a petty crime that you may encounter on the streets.

Most common is pickpocketing, so be especially beware in touristy-areas or crowded places like on public transport, markets, and train stations.

Pickpockets often work in groups to crowd or distract you.

Similarly, one person might distract you somehow (e.g. bumping into you, getting into an argument, or “dropping” their change), while another thief picks your pocket or steals your bag.

Don’t stash any valuables behind you in a backpack pocket or put all of your cash in one wallet.

Another issue in Ulaanbaatar is the corruption of local authority, and locals are convinced that the police are not to be trusted.

Some even say that Mongolia is the most corrupted Asian country, so be careful when talking to authorities.

While you hang out in Ulaanbaatar, you may encounter the stereotype of the bad Mongolian driver.

Always be careful to cross the road.

If you planning to travel to Mongolia between mid-October to early March, high levels of air pollution can occur in Ulaanbaatar, and if you have the pre-medical conditions, it may aggravate bronchial or asthma conditions.

How Does Ulaanbaatar Compare?