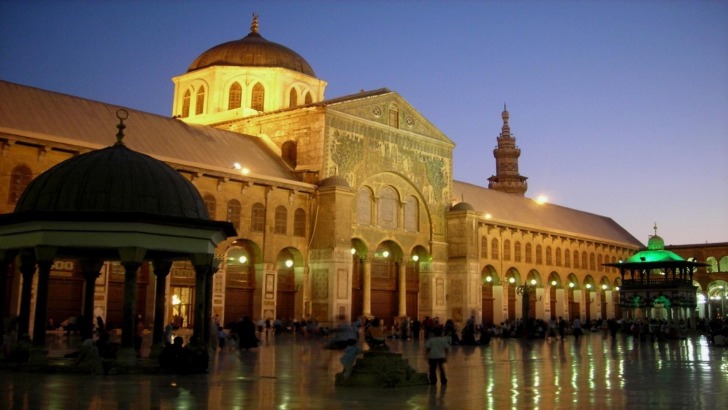 Syria - safety as a country

Damascus is the capital of Syria and its second-largest city. It is also a major cultural center of the Levant and the Arab world.

Unfortunately, the city is partly destroyed by the devastating war that has been raging for seven and a half years now, but unlike the rest of the country, the major part of the city center remained the same just like before the war, except for roadblocks that are spread in certain streets of the city.

As for the rest of Syria – it would be almost impossible to return it to what it once was.

Though it is safe to visit the capital of Syria, you should know that it has many ruins and that there are things you shouldn’t do while here.

Though Damascus is considered dangerous for everyone, it is currently probably the safest are in Syria. Life goes on as before there, and the biggest risk comes from the dangers of war, not crime.

You should bear in mind that, even there are plenty of ways to get around Damascus, traffic is unreliable with plenty of factors affecting its quality, like the near-constant congestion, drivers that drive recklessly and ignore traffic signs, bad roads and poor quality of road signs. You should be careful.

The country is destroyed up to a point where poverty is everpresent. Pickpockets, though they exist, aren't too big of an issue, but if you find yourself on the streets, keep your belongings tightly by your side.

Nothing can affect the city of Damascus and the state of Syria like humans and man-made disasters did. Putting them aside, the most prominent natural hazards that Damascus is susceptible to is flooding.

Violent crimes in Damascus do exist but are not too common, again, because the country is a war zone and every day is a fight for survival.

Chances are extremely high that Damascus will be targeted by terrorists while you're there - if you intend to go there. There have been many terrorist attacks already, everywhere in the country, including Damascus and the threat comes from many terrorist groups that are active in Syria, like Daesh and Hay’at Tahrir al-Sham.

Scams should be the least of your concerns if you end up in Damascus You should, just in case, double-check your change and agree upon a price before making a deal with someone, whether it's a taxi driver or a merchant.

Women aren't safe in Damascus. The country isn't dangerous for women particularly, but it is advised for tourists in general, regardless of their gender, not to walk around Syria, be it during day or night, as the country is essentially a war zone.

So... How Safe Is Damascus Really?

Though many imagine Damascus to be a battlefield, as for daily life, Damascus is pretty much the same as any other city in the world: kids going to school, people going to work or college, other people sitting in restaurants, cafés, parks.

Bustling central Al-Hamidiyah Souq is full of people, doing the same what they did through the centuries – shopping.

You should keep in mind that Damascus is the capital of the Syrian government, which means it is the first protected city above all other cities (by the effort of the Syrian army and Russian experts).

However, be that as it may, traveling to Damascus is extremely strongly discouraged because of the on-going raging conflict and war that has been going on for 7 years now and has caused hundreds of thousands of deaths.

Due to the possible risk, it should be emphasized once more that tourists should not go to Damascus right now, under any circumstance.

ISIS terrorists have also been known to operate in Syria’s neighbors Iraq, Lebanon, and Jordan, so there aren’t many ways to escape this city.

People in Damascus are so much anesthetized from the war that they barely turn the heads anymore.

Damascus is still partly surrounded by enclaves in the south and east.

The closest rebel-held area are just two kilometers from the center.

How Does Damascus Compare?