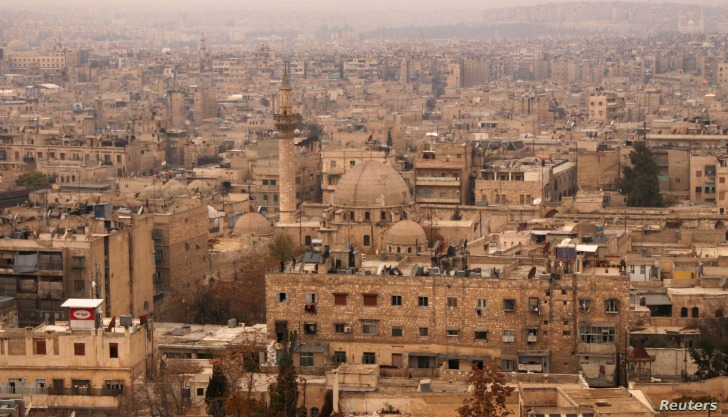 Syria - safety as a country

Aleppo is one of the oldest continuously inhabited cities in the world; it may have been inhabited since the 6th millennium BC.

For the past eight years, Syria has currently been experiencing an ongoing civil war, which had made more than a thousand people citizens being killed or severely injured.

Travel to Syria (including Aleppo), by all means, is discouraged in the strongest possible terms.

Aleppo is a city in Syria, serving as the capital of the Aleppo governorate, the most populous Syrian governorate.

With an official population of 4.6 million in 2010, Aleppo was the largest Syrian city before the Syrian Civil War; now Aleppo is the second-largest city in Syria after the capital Damascus.

The city is one of the most unsafe in Syria. Given all the decline due to the war in Aleppo, the high crime rate and all the actions of residents are criminal. However, the main danger comes from the military conflict in the country.

Safe transport practically does not exist here, and if you move on your transport, it will also be unsafe. Drivers here ignore traffic signs. You need to move around the city with extreme caution.

In connection with the devastation from the war, poverty is rampant in the city, and there are certainly pickpockets. However, they are unlikely to bother you. In any case, keep your belongings with you and do not leave them unattended.

Apart from human-made disasters, floods and earthquakes may be in the Aleppo region. However, they are not often here. Study the environment in advance to avoid natural disasters while visiting the city.

Due to the military situation, major robberies and theft are not common here. In case of armed robbery, give everything that is required of you, do not conflict with the robber.

The risk of terrorism is very high in the Aleppo region. It is unlikely that you will find a place more prone to terrorist attacks than this city. In this regard, the city needs to be especially careful, adhere to curfews, and cooperate with the military.

Scams can happen; however, this is not the most common occurrence here. Be careful if you ask to take you somewhere by taxi; fraud with travel prices is possible.

In Aleppo, women are not recommended to be alone. As a matter of fact, in general, tourists now have no place here. Lonely female travelers, most likely, will quickly become a target for terrorists and local.

So... How Safe Is Aleppo Really?

Aleppo should not be considered a safe destination for any travel due to the Syrian civil war and active landmines.

The index of crime is very high here.

Even before the civil war in Syria, Aleppo was a fairly conservative city.

Anyone should have been dressed appropriately to avoid any problems and to avoid standing out too much.

Men should wear shirts and trousers and women should not wear anything too revealing.

Headscarves are not necessary unless you want to enter a mosque.

Many buildings in the city, particularly in the Salaheddin neighborhood and surrounding areas, have been damaged severely by the civil war.

Stay away from buildings that have sustained substantial damage or look structurally unstable.

There are a lot of military men in the city; on the one hand, it can provide a certain amount of security while you are near them.

About 20% of Aleppo is destroyed or damaged, but the city center is mostly unharmed.

US Department of State does not recommend travel to Aleppo due to terrorism, civil unrest, kidnapping, and armed conflict.

The destruction of infrastructure, housing, medical facilities, schools, and power and water utilities has also increased hardships for travelers.

It is really not safe to travel to Aleppo nowadays.

How Does Aleppo Compare?