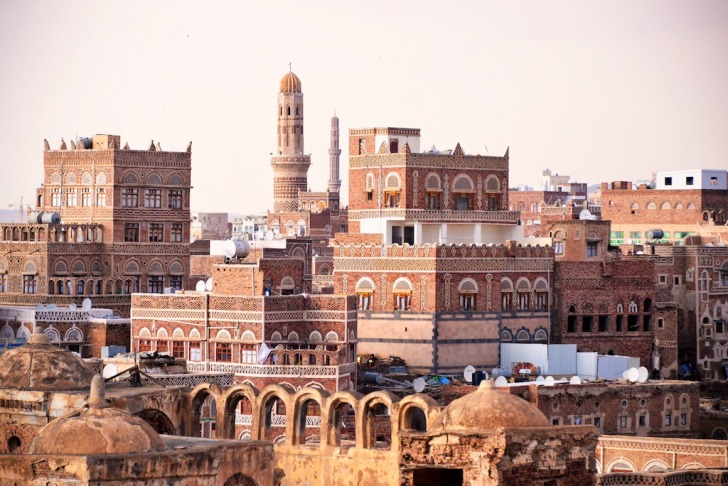 Yemen - safety as a country

Sana’a is the capital of Yemen, located in the Yemeni Mountains.

One of the oldest continuously-inhabited cities in the world (others being Jericho, Damascus, and Aleppo), Sana’a is believed to have been founded by Shem, the son of Noah.

As a result, the city has the unlikely nickname of “Sam City.”

For travelers there are a lot of fascinating landmarks in Sanaa, for example:

A trip to Sanaa is not recommended. In a city and a country, there is a high risk of falling into a terrorist attack and being killed. There are no safe places in the city, and the risk of crime is high both day and night.

It is not recommended to use any transport other than personal. Taxis may also be insecure; do not get in a cab alone. If possible, use armed guards for your movement around the city.

Sanaa has a high crime rate, so it’s justifiable to expect small thefts of bags and wallets. Do not leave your things unattended, hold backpacks and bags tight, especially at intersections. Avoid being in the crowd.

The disasters frequently occurred in the Sanaa region are floods, earthquakes, landslides, epidemics, and droughts. Also, there are other causes of human disasters like famine and social conflict.

Armed robberies and kidnapping for ransom are the main crimes in the city. Tourists especially often become the target of attackers. Try not to travel around the city alone and take care of your safety.

US Department of State does not recommend to travel in Sanaa due to the high concentration of terrorists. Terrorist organizations such as al-Qaeda control the region. Civil wars and local protests also increase the risk of danger.

Petty fraud on the streets, a scam in ATM with your cards, and overpriced things for tourists happen in the city. However, against the general background of a high criminal level of incidents, you will not care about petty fraud too much.

Women are strongly discouraged from traveling to Sanaa alone. The risk of being abducted, killed, or raped is very high. Do not go to the streets of the city unaccompanied.

Sanaa is not a safe place.

The level of crime is high, and it’s increasing in the last years.

Most crimes are connected to armed robberies, violent crimes, vandalism, and corruption.

But Sana’a is relatively safe in contrast to some other parts of Yemen.

The overall security threat level in Yemen is extremely high due to terrorist organizations, including al-Qaida in the Arabian Peninsula (AQAP), to continue to be active in Yemen and Sanaa.

Note that gun carrying is very reasonable in Yemen, as many men hold or have a gun for traditional reasons.

One should not be alarmed at the sight of a gun, even military-style assault weapons.

Travelers should take care of the exact maps of the city as the streets of the town are not always marked and marked.

Better yet, take a local guide or escort.

It is also useful for increasing your safety when arriving in Sanaa.

But due to terrorist conflicts, the risk of being kidnapped or subjected to torture and armed robbery is very high.

In general, tourists are not recommended visiting Sanaa without good reason – the city is currently not a favorable environment for travel.

Most likely, it will be tough for you to take care of your safety and quickly get into trouble – both in the middle of the day and at night.

How Does Sana’a Compare?