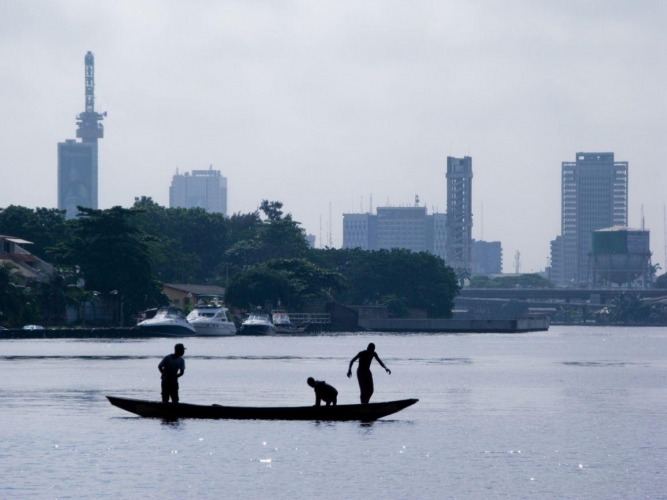 Nigeria - safety as a country

Lagos, the commercial capital of Nigeria, is the largest city in Africa and is made up of three districts: the mainland, Greater Lagos and the Islands.

Three major bridges join the island to the mainland.

Lagos is infamous for being Nigeria’s most exclusive city to live in: it is the major economic nerve center of Nigeria and the rest of the West African sub-region.

The metropolis takes home the crown for the city with densely populated areas, busy streets and massive traffic jams in Nigeria.

This city, though at times very dangerous, has wonderful beaches, skyscrapers, amazing parks, best entertainment options, most job opportunities and so much more.

Lagos was a very dangerous destination for potential tourists, but now it's much safer with the state spending a lot of money on police, security, etc. Still, governments in several countries have issued warnings against traveling to the entire country of Nigeria, for reasons such as terrorism, kidnappings and other types of violent crime.

As for transport, it is not safe, and you should always opt for taxis and hired drivers to get around Lagos. However, buses, although dangerous because of possible roadblocks and the possibility of passengers being attacked are reliable and can take you to any part of the city you wish to go.

Crime levels are high on the streets of Lagos and this applies more to petty crime than the violent crime. Expect petty crimes like pickpocketing, bag snatching, camera snatching, and other forms of theft.

Lagos gets severely hit by heavy tropical rains and thunderstorms regularly, and this usually leads to flash floods. Floods are the most devastating natural disaster in Lagos.

It is rare for a tourist to be a victim of a violent crime, mostly because tourists usually opt for driving. It is wise to stay safe and be alert, especially after dark. Stick to crowded streets at all times.

Even though there have been some pretty scary reports concerning violent crime in Nigeria towards foreigners, terrorism is not a major issue in Lagos, unlike other parts of Nigeria.

Of course, scams too are common in Lagos, so double check your change, never pay anything upfront and negotiate everything in advance. Be very careful around ATMs and be wary of anyone trying to distract you.

Lagos is not a safe destination for women. Do not go alone anywhere, and keep in mind that it is best not to move around Lagos at all, except if you're in a car with windows rolled up.

So... How Safe Is Lagos Really?

Unfortunately, even though Lagos is much safer now than it used to be, it’s still not considered safe.

First of all, if you’re a member of LGBT, avoid this country altogether, and the city of Lagos with it.

Homosexuality is illegal here with penalties of up to death, so LGBT travelers are advised to be extremely careful.

Another thing about the city is that most tourists won’t experience anything bad, mostly because the areas where white people and tourists reside are absurdly secured.

There are several Western hotels in the city with guards at the gate that check all incoming cars for bombs, metal detectors on the way in, and armed security roaming the perimeter.

This is the norm for many private residences, too (including tall fences, barbed wire).

The drive into the city crosses some rough neighborhoods, and since tourists’ starting point is the airport, they’re an obvious target.

Shopping, sight-seeing during the day, and restaurants are all safe and doable alone, but if you’re going out at night to a club/bar, it’s probably better to go with locals – for safety.

Most people of Lagos claim that the amount of crime in Lagos has gone down significantly in the past few decades, particularly violent crime.

How Does Lagos Compare?