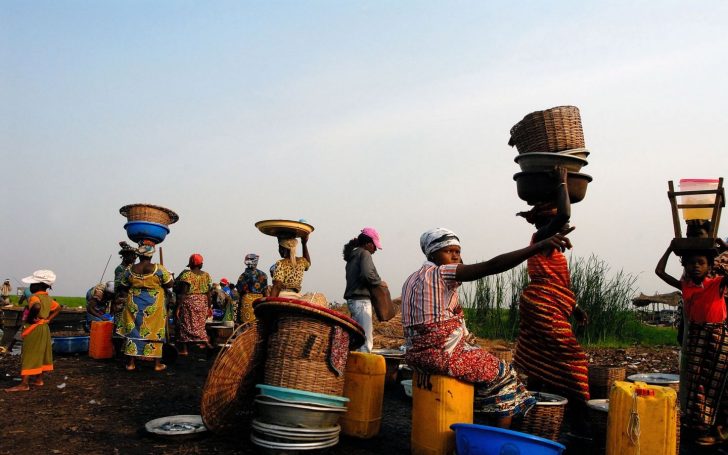 Benin is a country located in West Africa.

It shares its borders with Togo to the west, Nigeria to the east and Burkina Faso and Niger to the north.

If you’re heading to West Africa, be sure to visit Benin, as you’ll find a whole lot to see there.

It offers many palatial ruins and temples of the once-powerful Kingdom of Dahomey.

What many may find interesting is that Bening is the home of Vodun, better known as Voodoo, and it is in fact, to this day, the official religion of the country.

Another reason to visit Benin lies in its nature, the national parks that are a must-see because of its diverse wildlife.

Apart from this, and its rich history, culture, nature, and religion, you should know that this country stands for the safest country in West Africa, and to top it all off, you can also spend a couple of days just enjoying its gorgeous coastline and Grand Popo ocean beach.

Benin is considered a friendly and peaceful country, and though its people really are nice and welcoming, you should be aware of the fact that petty theft, violent crimes and fraud as well as scams are rife in this country.

Public transport is highly risky in Benin. There have been robberies in public transport and armed hold-ups on roadways where buses are sometimes stopped while the robbers attack or harass the passengers.

As for pickpocketing and bag snatching, it is a recurring concern on the streets of Benin, so be careful and hold your bags tightly by your side. Make sure you don't flash your valuable possessions on the street, or better yet, leave them in your accommodation.

The biggest concern of Benin, when it comes to natural disasters is severe rainfall that often leads to even more severe flooding that affects the entire West Africa.

Muggings do occur, especially around the area along the Boulevard de France (the beach road by the Marina and Novotel Hotels) and on the beaches near hotels frequented by tourists. Avoid poorly lit and deserted areas. Kidnappings have also been known to happen in this country.

Terrorists are likely to try and carry out an attack in this country, and the biggest threat is near the Benin-Nigeria border region, including possible incursions by Boko Haram.

Scams are widespread throughout Benin, but you should be especially careful when it comes to ATM fraud. Never flash your cards in front of an ATM, and try to withdraw your money inside the bank, if possible.

Women should never move through the country unaccompanied, especially not at night. Places where attacks mostly happen are beaches outside of hotels and streets near bars and clubs. Never ever walk alone at night in Benin.

So... How Safe Is Benin Really?

Even though Benin is considered a peaceful country, known for it’s kind, warm and welcoming people, petty thefts and violent crimes like muggings and robberies occur everywhere, no matter how peaceful the area so remain vigilant anywhere.

If you find yourself in such a situation, contact the Gendarme (Police) immediately.

Now, the best way to stay safe while in Benin is to have a person who knows their way around Benin, at all times, and please, make sure it’s someone you trust and someone reliable, like a friend or a tour guide.

This way, you will be safe as they will guide you through the areas that are safe and the ones that are to be avoided at all costs.

If you are a woman traveling solo, you should avoid moving around this country unaccompanied, especially at night.

Keep in mind that attacks along the beaches happen frequently, and near clubs and bars.

Like all other crimes, fraud and scams are widespread in Benin, just like in the rest of West Africa, so you should be extremely cautious when using credit cards and ATM machines.

How Does Benin Compare?