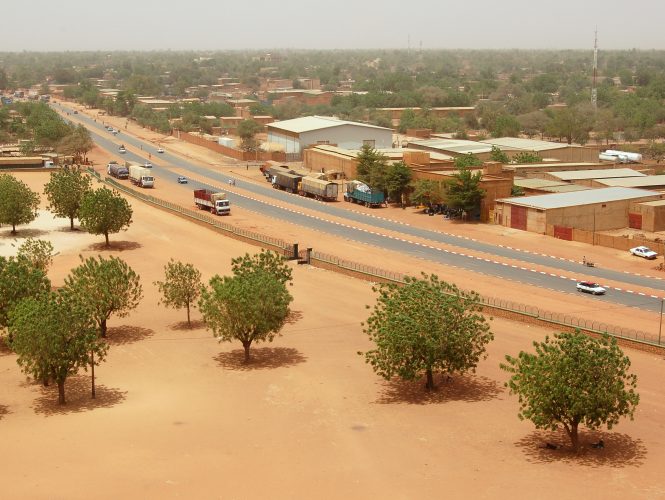 Niger, also colloquially referred to as the Heart of Darkness is a landlocked country in Africa with a population of about 16 million.

Like many of African country, Niger is also a former colony: it was under the French until it gained independence in 1960.

Most of the country is covered in desert plains and dunes, with rolling savanna in the southeast.

Niger has incredible natural beauty, and there are a lot of things to see if you decide to venture to this country.

Its mountain ranges in the north of the country are breathtaking, as are the wild giraffe herds that can be seen near Koure, around sixty km from Niamey.

You can also see houses a few old trading centers in the Sahara, such as Agadez and Zinder that have that unique mixture of Arab/Tuareg and black African culture about them.

There is also much to see when it comes to the Hausa architecture in those towns.

Count on friendly locals and don’t be surprised if someone even invites you into their home.

Overall, Niger isn’t a safe country to visit. With its political turmoil and UN labeling it the major drug smuggling port, violent and petty crime on the streets, there are lots to think about when planning a trip to Niger.

Like in most countries in Africa, transport in Niger is unreliable and unsafe. Buses are in poor condition and since there are a lot of cases of banditry, the buses are commonly attacked and passengers inside hassled, tortured or worse. Many taxis and buses lack basic safety equipment like seat belts and headlights. Drivers in Niger can be reckless more often than not.

Pickpockets are somewhat active, especially in markets and places where rare tourists, if there are any, tend to go. Refrain from flashing your belongings and leave your valuables in your accommodation.

Muggings and robberies are common and you should be extremely careful all the time in Niger. You should under no circumstance go to the region north of Agadez since there have been numerous reports of robberies and kidnappings there.

Terrorists are very likely to try and carry out attacks in Niger. These could be retaliatory attacks since this country has participated in the French-led intervention in Mali and has been involved in the regional fight to counter Boko Haram.

As in almost any countries, there is a great risk of getting scammed in Niger, too. Always check everything twice and negotiate everything in advance. Taxi drivers might try to trick you into paying more, giving you wrongful information about the price of the ride.

Women aren’t safe in Niger. Under any circumstance don’t leave your accommodation unaccompanied at night, and try not to do it during the day either. This country is dangerous for anyone to walk around alone.

So... How Safe Is Niger Really?

Niger is not very safe to visit, due to political turmoil and crime on the streets.

The violence decreased in the past couple of years compared to how it was before, but it still happens.

Places, where you should practice extreme vigilance, are traditional markets, and areas near hotels and restaurants frequented by foreigners.

There’s also terrorism in Niger and it can be and has been directed towards Westerners.

This is a politically unstable country, and lawlessness is ever-present.

Avoid demonstrations or any kind of display of unease, follow the independent news closely and stay in contact with your embassy.

Al-Qaeda is also present in Niger and has kidnapped and killed tourists, so it is of extreme importance to know the regions that are off-limits and avoid them at all costs.

There have also been many reports of carjacking, kidnappings and armed robberies in the region north of Agadez.

You shouldn’t go beyond Agadez under any circumstance, and keep in mind that the roads past this point are of terrible quality.

Banditry is another issue as they are abundant, so avoid driving late at night in a private vehicle.

Some of the places where bandits and armed robbers operate are near the town of Galmi and around Dosso-Doutchi, as well as on the road to Gao, Mali in the Tillabery region.

There are, however, police checkpoints on the main highways that are in charge of limiting criminal activities during the day.

How Does Niger Compare?