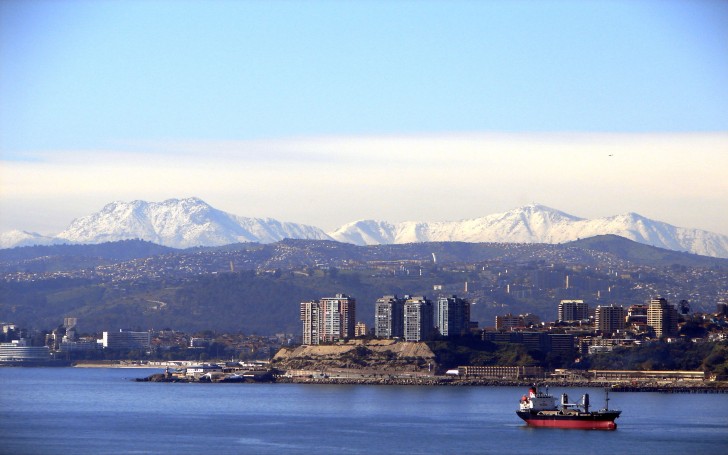 The length of Chile has earned this country a reputation of the longest country in the world since its coastline extends over 4,300 km.

It is located on the west coast of South America, and takes over its southern half, between the Andes and the Pacific Ocean.

As for safety in Chile, even though this gorgeous country bordering with Peru, Bolivia and Argentina, is relatively safe, there is definitely some crime risk to be considered.

Among the most common dangers in Chile are luggage theft, mugging, drink spiking, and other similar crimes.

Chile is not that different from any other country for tourists, in the sense that you should be aware that tourist hotspots, restaurants, shops and public transportation are places where most thefts and pickpocketing occur, which are the most common forms of crime on the streets of Chile.

All in all, public transportation and taxi cabs in Chile are safe. Be sure to book taxi rides from a hotel and make arrangements with taxi drivers in advance, preferably through recommendation, because cases of tourists being assaulted and robbed by taxi drivers have been reported. Keep in mind that taxis with company logos are the safest options.

As for pickpocketing, it is a recurring concern on the streets of Chile, but what is even more common is bag snatching, so be careful and hold your bags tightly by your side. Even better, keep your money and your valuables elsewhere, like in hidden pockets of your clothes and never ever keep all of your money in the same place.

If you want to enjoy a safe trip, you should be familiar with natural disaster threats lurking in Chile. Since it's a country filled with many natural wonders, there are as many natural hazards that may represent a threat to its inhabitants, such as earthquakes and active volcanoes.Chile is an active earthquake zone and in recent years its quakes have been of higher magnitude than before. It is also home of a couple of active volcanoes, some of which may erupt at any time.

Mugging, as already mentioned, does happen in Chile, and mostly in urban areas. People that are targeted are mostly people walking alone and tourists. In case of mugging, immediately hand over all your possessions without resisting.

Risks of terrorist attacks in Chile are extremely low. Instead of terrorist attacks, there is some risk of anarchist groups setting off small explosives on the streets, in banks or public transportations. Just follow any instructions you may receive from the authorities or tour guides and operators.

Just like anywhere else, taxi drivers might try to trick you into paying more, giving you wrongful information about the price of the ride. Also, be weary of suspicious activities of thieves trying to rob you, such as tapping your shoulder, bumping into you and similar actions.

Women have traveled alone to Chile without any consequences or problems. Even though women travelers should take precaution measures in crowded places, public transportation or isolated spots, their biggest worry will probably be getting unwanted attention from men on the streets. However, if you are a woman traveling alone, avoid dark and empty streets and locations.

So... How Safe Is Chile Really?

Chile is a huge country, filled with gorgeous nature, adventure spots, and warm and welcoming people, and that’s just a fraction of what awaits you there.

However, like in any other country, you should be aware of everything surrounding you at all times, especially if you’re visiting Santiago, Valparaiso, Providencia, Vitacura, Antofagasta, and Iquique.

Here are the risks you should be aware of before planning your trip to Chile.

The crime rate in Chile is pretty low, making this country the safest one in the entire region.

The most common crime that may befall you are muggings, bag snatching, and pickpocketing.

And even though there have been reports of daytime muggings, violent crimes are very rare in Chile.

Avoid places and providences notorious for being crime hot spots, such as Vitacura, Providencia and Las Condes and keep your possessions close to you.

As for transportation, there are several precaution points you should be aware of.

When taking the bus or a train, never leave your valuable possessions in storage compartments because they may get stolen.

Always book taxis in advance instead of hailing them on the street, since the taxi drivers may scam you into paying way more than you should, or even assault you.

There have also been reports of vehicle theft, so always keep your windows up, your doors locked and your possessions by your side.

Natural dangers are probably more likely than those that have to do with crime since Chile is rich in natural beauties and because of that, exposed to many possible disasters.

Earthquakes are becoming more and more common, and of higher magnitude in recent years.

There are several active volcanoes that could erupt at any moment, and apart from that, the country is filled with geysers, some of the most incredible but also extremely dangerous natural wonders.

Falling into one of the geyser craters can have devastating and fatal results.

The political situation in Chile may carry some dangers.

Nationwide protests along with Chile usually occur on military coup anniversary which is September 11th and on Worker’s Day which is on May 1st.

However, the biggest protests mainly happen in Santiago, and you should avoid them as police tend to use tear gas and water cannons against protesters.

Chile is a country bordering with Peru, Bolivia, and Argentina.

The landmines are mostly found on and near these borders, so they can affect mainly cattle and people who are crossing these borders in unauthorized areas.

Most of the landmines are clearly marked, but some signs are old and damaged so they may not be easily spotted.

If you plan on visiting these areas, by all means, always check with the authorities first.

How Does Chile Compare?