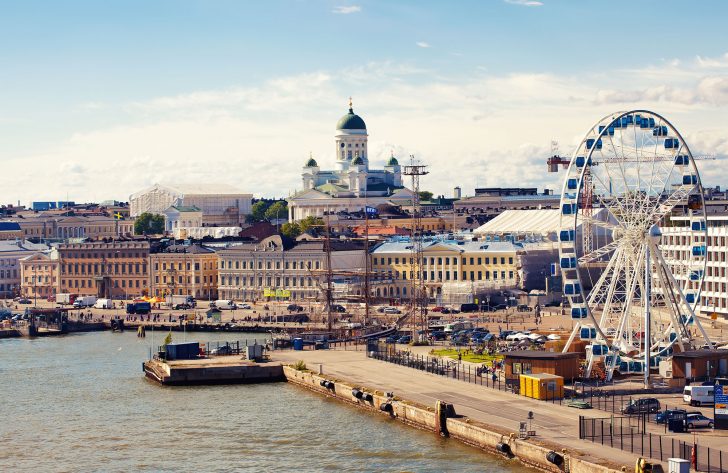 Finland - safety as a country

The capital city of Finland was founded in 1550, and its long-lasting history makes it an international metropolis visited by numerous tourists throughout the year.

Its population exceeds 1.3 million and it is the most visited city in Finland, so the crowds are quite frequent here.

Classical Helsinki’s sights are churches, museums interesting both from the outside and from the inside, as well as Suomenlinna which once used to be the greatest sea fortress.

Once in Helsinki, do not miss to see Kruununhaka, the very safe area near the harbor, offering you an impressive sight of the Gulf of Finland.

The safety index proves the fact that Helsinki is one of the safest cities in Europe. Some of the possible risks are pickpockets in crowds and drunken people trying to start a fight. It is even safe during the nighttime and getting mugged for money in the streets has rarely been reported.

Public transport in Helsinki may be unsafe, because pickpockets may be found there. During winter roads become more dangerous because of the ice and driving can be difficult. Snow tires are obligatory from 1st December to 28th February.

Taking into account the fact that more than 3.5 million tourists visit Helsinki yearly a huge amount of people makes pickpocketing easy. Central railway station and Kamppi shopping center should be avoided. The tourists are the most frequent victims because they have valuables, passports, and money with them.

There are no threats of serious natural hazards. The only problem might be a long and very cold winter. All visitors are advised to bring proper clothes.

Finland is a very safe country in terms of violent crime, and being kidnapped or mugged is very unlikely here. Anyway, there might be situations in Helsinki when you might become a victim, so remain precautious.

Finland is not the country where terrorists might attack, but that can never be said for sure since the global threat exists. As long as tourists pay attention to any suspicious activity, they will remain safe. In case it happens, just follow the advice of authorities and local guides.

Scams are not frequent on the streets of Helsinki and drink spiking is not common, but you should not accept drinks from strangers. In case you have to pay a fine, you should know that Finnish police do not ask for a cash payment, so do not believe a person pretending to be a police officer who asks for money.

Women travelers are trouble-free when it comes to Helsinki since it is a very safe city and there were almost no records of women being assaulted.

So... How Safe Is Helsinki Really?

What every tourist should know about Helsinki is that there is no real reason to avoid visiting it, since the safety is on the highest level.

The location score of 95 makes it the least dangerous city in the world when all types of risks are taken into consideration.

However, the summer period is the peak season both for tourists and pickpockets, so the eye must be kept on your belongings.

The only parts of the city that are advised to be kept away from at night are the Central Train Station in Helsinki and Kaisaniemi Park.

As in any major city, homeless people, alcoholics and drug junkies can be seen, but they are in certain neighborhoods, so make sure that your hotel is not in that city part.

Helsinki is the least risky capital to be seen and if you decide to visit it, you will enjoy the northern architecture, green parks, and numerous churches and museums, so do not let anything spoil your journey.

How Does Helsinki Compare?