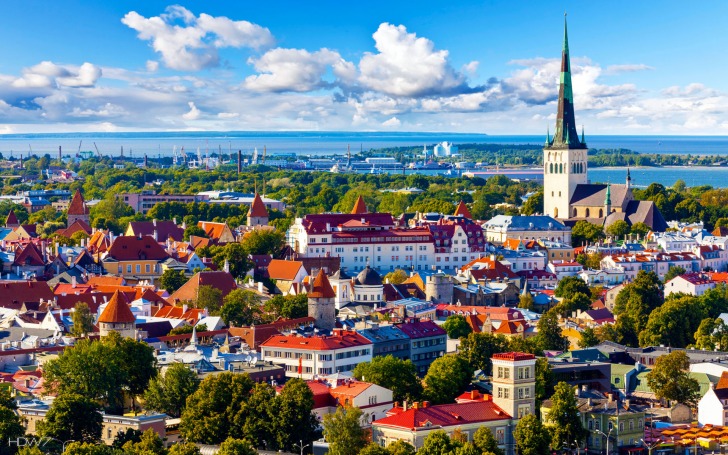 Estonia - safety as a country

Tallinn is the capital of Estonia and is located on the southern coast of the Gulf of Finland, only 70 km south of Helsinki.

The majority of tourists only scratch the surface of the city and hardly venture out of the old town, but there are districts like Kalamaja and Teleskivi which are among the hippest of hipster areas in the world.

One thing that gives that extra charm to this Baltic country is Tallinn’s medieval old town that was built by German crusaders in the Middle Ages and is, to this day, kept in great condition, with the medieval city walls and towers intact.

It is actually, according to many, one of Europe’s best-preserved medieval towns.

Tallinn is a very safe city to visit. Its crime rates are relatively low, but it is advised to remain vigilant at all times, keep your valuables in a safe place and be very careful when involved in traffic.

Transportation is a major issue in Tallinn, due to many reckless drivers. There is a worrying number of deaths due to traffic accidents per year. Also, the biggest trap to tourists in Tallinn is getting ripped off by taxi drivers, Your best bet is to arrange a ride with a taxi company such as Tulika Takao.

Petty crime exists in Tallinn, especially in Viru Street and areas like the Old Town, especially the Town Hall Square, called Raekoja Plats and the Central Market. Never let your guard down and never leave your valuables in plain sight.

There are no threats of natural disasters in Tallinn, apart from occasional flooding and storms.

There have been reports of foreigners being mugged or attacked by drunken people near bars and clubs. The most dangerous places at night are the neighborhoods Kopli and Lasnamäe, though crime here is still less of an issue than in some larger countries like America.

Even though there haven't been any terrorist attacks in Tallinn's recent history, they shouldn't be ruled out, so be aware of your surroundings at all times.

Tallinn is a city where you could get scammed, so you should check your change twice and never let your credit card out of sight. Be wary of people trying to distract you by offering you unwanted help since it might be a trick to steal from you.

Tallinn is generally safe for women traveling solo. Just follow the rules of common sense such as avoiding deserted and poorly lit streets and areas, and your trip should go smoothly.

So... How Safe Is Tallinn Really?

Tallinn is pretty safe to travel to but there are many areas to avoid, pickpockets, mugging or other types of assault are not common.

This capital city truly can get a bit dangerous, like any other major city in Europe.

You can expect very low prices of alcohol and with that many roaming groups and bands of drunken or intoxicated men causing fights and initiating verbal assaults.

With this, there is also the risk of getting ripped off in the strip clubs along Viru Street and other local bars run by shady, organized crime gangs.

Be prepared for astronomical entry fees or bar tabs at such places, just because you are a tourist.

The biggest issue in Tallinn is the first and foremost petty crime and the most dangerous places are around the Baltic Rail Station and the Port area in the City Center.

Pickpockets are active throughout the most populated areas during the day – Old Town, around Viru Keskus, Hobujaama street.

Hobujaama street, being a dark curved one as it is with a few blind pockets, used to be a hotspot for robbers during the night, so watch out there.

Another thing to keep in mind in Tallinn, when it comes to safety, is the recklessness during driving.

How Does Tallinn Compare?