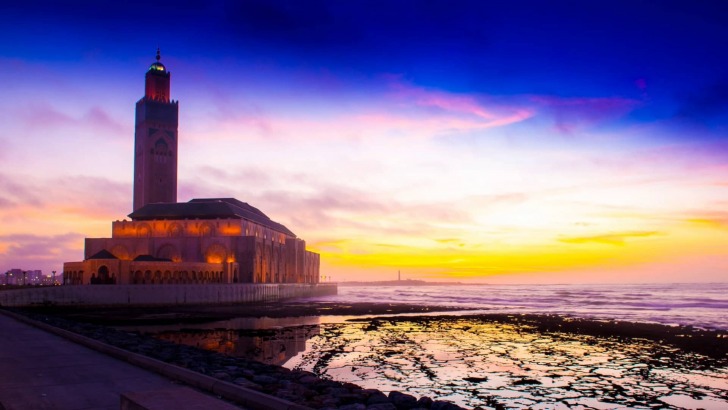 Morocco - safety as a country

Casablanca is a very important, and very well known city in Morocco.

It is also the cosmopolitan, industrial and economic heart of Morocco and its largest city that boasts the world’s largest artificial port.

Casablanca, known as a mix of different lifestyles and cultures and influences, is one of the most liberal areas in Morocco, but you should still always be aware and respectful of the country’s values.

But, unfortunately, not everything is rainbows and butterflies: the poverty, with which the city is ridden, is prevalent in slums on the city’s outskirts and has led to high rates of crime, drug use, and prostitution.

Casablanca is, for the most part, a safe city to visit. Its crime rates are relatively low, but it is advised to remain vigilant at all times and keep your valuables in a safe place. It is expected of tourists to be respectful of Islamic culture and customs.

Transportation in Casablanca is mostly safe to use. However, as a tourist, you should keep an eye on your belongings or your valuables while on public transport.

Petty crime is an everyday occurrence in Casablanca, so never let your guard down. Be especially careful in crowded places and tourist landmarks and areas. Seniors have also been reported as thieves, so be on the lookout.

Morocco is in an earthquake zone, so earthquakes can hit Casablanca. Minor earthquakes occur occasionally and the most recent strong earthquake that hit northern Morocco happened in 2004, killing more than 600 people.

Mugging isn't common in Casablanca and neither is kidnapping, so you can relax when it comes to violent crime altogether. Still, it is advised to avoid quiet and poorly lit areas and to remain vigilant wherever you are.

Terrorists are somewhat likely to try and carry out a terrorist attack in this country since there have been threats to government institutions/personalities. Also, demonstrations are occasionally carried out, but they are mostly peaceful.

There are some scams in Casablanca, like in any other popular tourist city. Common scams characteristic for Morocco are cyber scams with scammers extorting money from people via emails. Scams reported were requests of money in exchange for some services or certain investments.

Women will probably encounter some unpleasant instances on the streets, if alone, but this is usually just cat-calls and (disturbing) hisses. Do not be polite since no Moroccan woman would put up with behavior like that. Dark sunglasses make it easier to avoid eye contact. It is strongly advised to stay away from empty and poorly lit streets and to not go out alone at night.

So... How Safe Is Casablanca Really?

It is generally known that Casablanca is considered, overall, a safe city.

It is relatively low in crime, even though it is filled with petty crime and you must remain vigilant at all times.

Far from it that Casablanca is devoid of crime, but the uncomfortable situations can be easily avoided if you follow the rules of common sense, and typical dangerous situations for any tourist: avoid walking at night or in dark alleys, avoid being alone on the streets and keep your money and passports in a safe place.

It should be noted that, in Casablanca, it’s difficult to walk down the street without being bothered by somebody offering to help you with something, give you directions, sell you something, etc.

This is especially true for women that have to face men catcalling them more often than not, on the streets.

No need to be nice: no Moroccan woman would put up with this behavior.

A real danger for anyone in Casablanca is the driving conditions.

Taking a taxi can be terrifying as they weave in and out of oncoming traffic at a harrowing speed.

Crossing a busy street as a pedestrian is even more dangerous, but can be done safely if you patiently wait for an opening, and then run fast.

How Does Casablanca Compare?