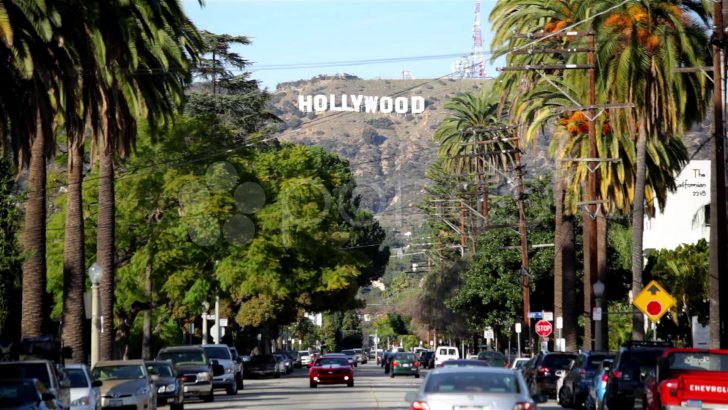 Located in Southern California, the city is most famous for being the home of the world’s biggest stars from movies, through television to music.

It is the biggest movie hub and the center of American film and TV industry.

Los Angeles is surrounded by various natural goods like vast mountain ranges, valleys, forests, beautiful beaches along the Pacific Ocean, and even a nearby desert.

Most tourists that come to visit the Los Angeles area interested in landmarks connected to the American movie industry and Hollywood, like visiting Disney World, Universal Studios, Hollywood Walk of Fame, etc.

The rest of the visitors that are less interested in movie making are usually here to visit Los Angeles’ gorgeous beaches that spread along the Pacific Ocean.

Los Angeles is overall a very safe city, with extremely rich and safe neighborhoods and extremely dangerous ones that balance each other out. You are advised to remain vigilant around tourist landmarks, since pickpockets are an issue there, and keep an eye out for suspicious activities wherever you go.

Taxis and other forms of transportation are known to be very safe and reliable in Los Angeles, as opposed to many other major cities in America. Still, avoid bus, metro and railway stations at night if you're unaccompanied.

The most common types of petty crime are pick-pocketing and purse-snatching on the Hollywood Walk of Fame and public transport to and from Hollywood. Apply common sense like holding your purses tightly and being wise when carrying them, keeping wallets in front pockets, and being alert to one's surroundings and it should be enough to prevent these incidents.

When it comes to natural disasters in Los Angeles, the most dangerous one is the risk of an earthquake, though they aren't very common. The last one occurred in 1994.

When it comes to chances of being mugged or kidnapped, they are moderate in Los Angeles, as long as you don't wander off into dangerous areas. Stick to the main streets and avoid suspicious areas and neighborhoods, or getting in altercations with individuals that appear to be gang members.

Los Angeles hasn't been the target of any terrorist attacks recently, but possible attacks shouldn't be ruled out. Be aware of your surroundings at all times.

Just like in other tourist destinations, there will be people trying to scam you in Los Angeles, too. Be wary of anyone trying to distract you, flashing large signs in front of you or ATMs that look like they've been tampered with.

The city of Los Angeles is very safe for women to travel to, as long as they stay away from dangerous neighborhoods (and this doesn't only apply to women). Just follow your basic common sense and general rules of things to avoid, like poorly lit streets and deserted areas and you should be fine.

So... How Safe Is Los Angeles Really?

Although most areas frequented by tourists in Los Angeles are family safe, Hollywood, Beverly Hills, Santa Monica, Westwood, and West L.A. included, it is still wise that you take basic precaution measures.

There are some areas and neighborhoods in Los Angeles were walking at night should be avoided or at least conducted with caution and accompanied by someone.

Such areas are located in or near downtowns, such as Skid Row, Pico-Union, Westlake, Boyle Heights, and South Central.

These areas can be dangerous both during the daytime and after dark.

If you’re traveling in the San Fernando Valley region of the City of Los Angeles, by all means, avoid walking along with the neighborhoods of Pacoima, Panorama City, Arleta, Van Nuys, Canoga Park, North Hills, North Hollywood (northern half), and Northridge (southern half).

The thing about the crime statistics in L.A. is that this city has a great amount of very safe neighborhoods such as Bel Air, Pacific Palisades, Westwood that balance out the numbers from the extremely dangerous neighborhoods.

But if the South Central area of Los Angeles was counted as a separate city, it would have the highest crime and murder rate of any city in America.

However, gangs generally stick to areas that are of no interest to tourists and you’ll easily recognize their territories by graffiti markings.

How Does Los Angeles Compare?