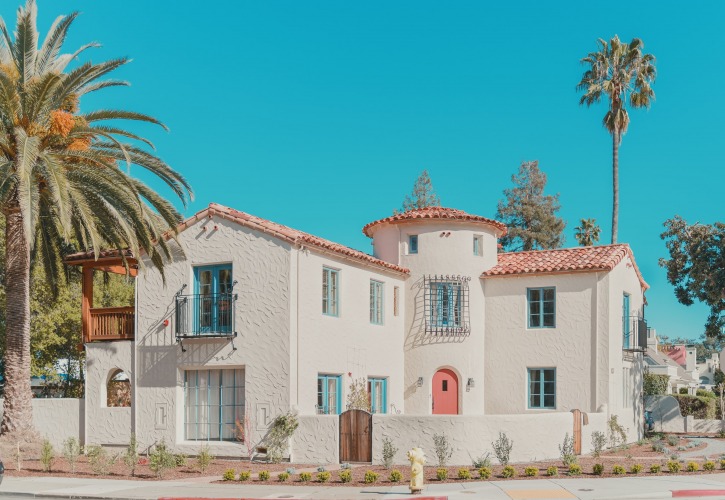 San Mateo, California, is perfect for those who can’t decide between visiting San Francisco and San Jose because this city is right in the middle of the peninsula that connects them.

The city is home to 105,000 people, but some amenities make it feel bigger, like a robust downtown anchored by Central Park, which itself has a variety of activities.

The downtown area alone has more than 150 restaurants to choose from and more are on the way.

You can feel the buzz of activity in that energetic core or get away from the crowds at the beach or the mountain.

Heck, you might even decide to trek over the coast to Half Moon Bay, which is less than 30 minutes away.

Why not try a round of golf while watching the windsurfers over the bay?

The city is full of younger generations building their families or looking for love, and they make a pretty good living too, with an average income of $125,000.

Does safety live up to its social status?

To be clear in case you aren’t sure, the city’s name is pronounced San Muh-TAY-oo.

There's a low risk in San Mateo, with a slight edge to some of the crime numbers. Overall, it's nothing to lose sleep over, but we're going to walk you through it.

You have several options for public transportation here; Sam Trans, which takes you throughout San Mateo County, and Caltrain, which goes through Silicon Valley. Taxis and rideshares are also available. All come with low risk, though some local forums suggest keeping your eyes peeled at the Caltrain stations, just in case.

There's a low risk, but 20 pickpockets or purse snatching were reported in 2020, which is higher than some other parts of the Peninsula like Sunnyvale and Mountain View. The only concerning thing about the theft numbers, in general, is that they've been on a steady increase since 2015.

If there's one thing the Bay area is great at, it's getting ready in the event of an emergency. There are so many resources to read on the county website that will make you feel better about the medium risk that exists here. Earthquakes are the biggest, yet a rarest concern. There is a concern about fires and flooding too. Study the best safety practices before you go.

There's a low risk of being mugged, with only a fraction of the robberies reported impacting travelers. When you're downtown, especially at night, you should still use basic safety precautions.

This is a medium risk for San Mateo and the whole Bay area. That's just because there are a lot of major tech, safety, and military properties here and one of the largest United States populations.

There are no scams that stick out here to concern a tourist. Even the city's website has a scam section that just talks broadly about getting scammed and how you shouldn't ever give someone money for a threat like taking you to jail or deporting you. There's a low risk.

Women are safe here with low risk, but that nightlife downtown can pose some opportunities of chance if you don't pay close attention. Always watch as your drink is being poured, don't accept one from a stranger, and if you've met someone online, be sure to go to a public place with a security camera to meet them.

The tap water meets or exceeds all required standards. There's nothing that should make you be concerned with drinking it or using it for bathing. It's a low risk.

We’ll start in Central Park because it’s a must-see.

At just 16 acres, this park includes a Japanese Garden, Central Rose Garden, Mini Train around the park, playgrounds, and a picnic area.

North and east of the park, you’ll find yourself surrounded by nearly 30 blocks of downtown in a vibrant setting.

By day you can shop and nibble at local restaurants, and for a night out on the town you can dress up and dine at one of the dozens of restaurants.

The only thing harder than finding a parking space will be deciding where to eat.

Coyote Point Recreation Area is right on the bay on the east side of the city.

Much like Central Park, it is more than a park.

There’s a marina, a zoo experience called CuriOdyssey, trails, kayaks for rent, and a beach.

On the west side of the valley, try a morning run at Sawyer Camp Trail along the Crystal Springs Reservoir.

I love driving around and looking at houses when I’m on vacation if it’s safe.

If you are the same, try driving west through Hillsborough and see some of the most jaw-dropping homes known to man.

This is the 5th richest neighborhood in America.

Even the Census stopped counting housing values at $2+.

See if you can get lucky and enter the lottery drawing to get a tour of Carolands, a home so divine it ended up on the National Register of Historic Places.

Places to Avoid in San Mateo

What’s interesting about San Mateo in social forums is the love people have for their downtown.

While most downtown areas are known for crime and safety concerns, people here aim to live near downtown because of walkability.

Crime maps show the area along Highway 101 to have the most crime throughout the length of the city.

Locals tell me that people either love or hate Caltrain.

One thing that resonates is to get ready for a loud ride.

The noise of the Caltrain is heard for miles inland and is downright deafening once inside.

You do get a comfy seat, provided it’s not too crowded.

Other than that, there’s not a habitually bad part of town or a place to avoid.

People comment on walking around late at night after taking a train back from a night on the town in San Francisco.

I’m not suggesting you do that, because that sure sounds dangerous anywhere, but locals here really don’t feel an inherent sense of dread doing it.

So... How Safe Is San Mateo Really?

I’ve still got the chills thinking about that cold bay water.

It does remind me of another of safety.

The bay water is prone to bacteria outbreaks, so be sure to check the water quality before you dive in so you don’t end up with a nasty rash.

San Mateo is a pretty safe city with little reason for pause when considering it as a vacation destination (unless you plan on going windsurfing with no training whatsoever.

Then you’re on your own with safety risk concerns).

The city hasn’t seen more than four murders in a year since at least 2010, and 2020 was the only year that had that many.

The risk of being a victim of a violent crime is one in 383.

Property crime risk is higher at one in 45, but when you look at the property crimes that really might impact tourists, that goes down to 117 (and includes how well you secure a car if you have one).

How Does San Mateo Compare?