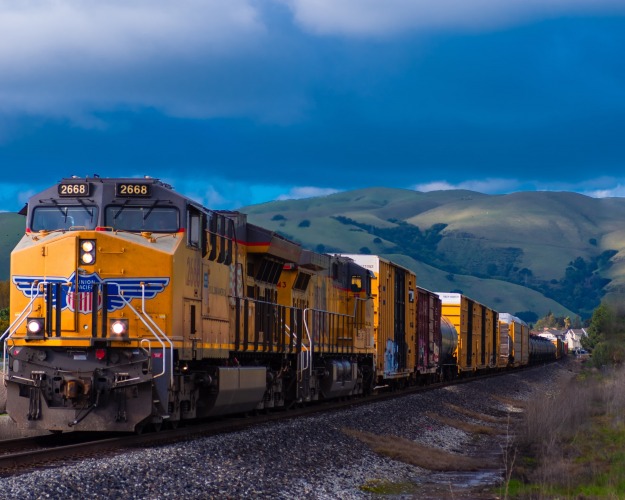 Historically, the city organizes its 234569 residents into districts with unique flavors, flares, and problems. In the early 1900s, Fremont was the earliest home of California’s motion picture industry and a favorite filming location of Charlie Chaplin.

The past decade’s surge in hi-tech companies fueled the area’s unprecedented growth.

Overall, Fremont is not one of the safest cities in America due to an almost 23% increase in crime. The chances of being a victim of crime in Fremont is 1 in 36, with robbery the most common offense throughout the city.

San Francisco has numerous taxi, rideshare, and private transport companies. To stay safe, keep to legitimate transportation companies and be aware of the people around you on a bus, railway, and metro station. Always have a backup to your transportation plans, as Fremont rideshare companies are known for dropping assignments. And counting the exact amount of a cab or bus fare before boarding prevents a traveler from flashing cash.

Pickpockets steal wallets, passports, cell phones, and other valuables from people's clothing and bags in public. In Fremont, like most high tourist cities, robbery and petty larceny are a significant danger based on Fremont police statistics. To minimize chances of being a target, keep valuables close, do not flash cash. Do not set purses or backpacks on the backs of chairs.

Fremont sits in Northern California along deep fault lines, so earthquakes are always possible. When it rains, flash floods and mudslides also present a danger. During the Summer, canyon fires spread quickly by hot winds.

Fremont and the entire Bay Area have significant social issues, and robbery is the most prevalent crime throughout the city. 45A mugging occurs when someone is attacked and robbed in public. The best possible defense is to be aware of your surroundings, and do not flash your valuables.

Terrorists are individuals or small groups inspired to act by a specific ideology. These attacks usually target public events or places. Following law enforcement instructions and staying up to date on local news can protect you from danger.

Most scams in the area are either by phone or email and national or international. The exception would be panhandling - a noticeable problem in densely populated or designated homeless regions of town. A common scam is tampering with ATM and credit card reading machines. Be aware of street ATMs.

There is a substantial risk of muggings and pickpockets regardless of gender. The risk specifically to women is low or equal to most cities.

Although determined by the EPA as safe to drink, the Fremont Watershed rates are of less quality than the United States' average. The area receives its fresh-water supply from the Alameda County Water District (ACWD), California State Water Project, Hetch Hetchy Reservoir, and Alameda Creek Watershed.

Safest Places to Visit in Fremont

Fremont is an outdoor enthusiasts’ paradise with 107 trails covering 742 miles.

And for the less active traveler, Fremont boasts an incredible arrangement of nature and history-based activities.

At the heart of the city’s history is Mission San José, a 1700s Spanish Mission with a reconstructed church and a museum.

Another local favorite is Shinn Historical Park and Arboretum, a preserved 19th Century home open to the public.

Another safe and unique gallery in Fremont is the Olive Hyde Art Center, which showcases local and regional talent.

Places to Avoid in Fremont

Each of the neighborhoods or districts of Fremont is distinct.

Some cater to hipsters, college students, techies, and artists.

Some areas and designated homeless camps.

These different districts offer culture and history, but some also carry social issues and risks.

Generally, according to Fremont police crime statistics, downtown Fremont and the southeast part of the city are the most dangerous.

Based on crimes reported data, some neighborhoods and areas of concern include Irvington, Downtown, Cherry Guardino, Centerville, Sundale, and 28 Palms.

Other public places in Fremont to avoid or take precautions include large gatherings, areas along Almeda Creek, the general waterfront areas, and parks if you are out at night.

While Mission San Jose is a true landmark, the area around the park after dark deserves caution.

Safety Tips for Traveling to Fremont

So... How Safe Is Fremont Really?

But year over year, crime in Fremont is up 23%.

A crime occurs every 1 hour 19 minutes (on average) in Fremont.

But, as with all cities, there are more problematic areas.

General precautions are always recommended when traveling, including not carrying cash, staying with the group, and being aware of your surroundings.

When asked, locals consider the Northeast part of the city the safest.

In general, you have a 1 in 36 chance of becoming a victim of crime and a 1 in 601 probability of facing violent crime in Fremont.

However, according to statistics, more crimes occur in the southeast parts of Fremont -151 per year.

The southwest part of the city ranks the safest, with two crimes per year.

Fremont’s more violent crimes occur most often in parks such as The San Jose District and along waterfronts and docks.

Panhandlers are common as well as pickpockets throughout the city.

But, petty theft is more prevalent in the downtown area.

Aggravated assault is the most commonly reported offense in Fremont.

At the same time, theft is the most prevalent non-violent offense and is common throughout the city.

Property crime is twice the national average, and the risk of automobile theft is 2.5 times that of other cities.

All tourists should take standard precautionary measures, just as they would in any other city or hometown.

How Does Fremont Compare?