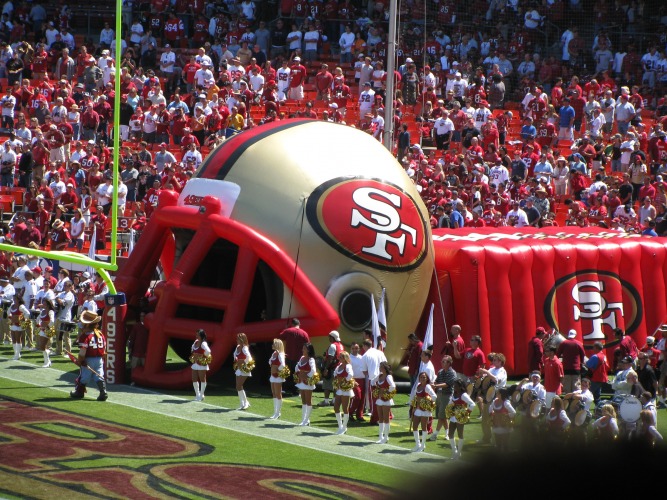 Smack dab in the center of Silicon Valley is Santa Clara, California.

Intel and Nvidia call this place home, and during your visit, you might want to do so as well.

This is a place with great neighborhoods and a lot to do before you even cross over into San Jose to the west.

Football fans know this city well, as it’s home to the San Francisco 49ers, who play at Levi’s Stadium.

Whether you want to take in a game, explore the wild, shop at a major center, or enjoy an amusement park, it’s all here in Santa Clara.

This is a diverse community with Asians making up 43% of the population.

That culture is great for foodies who want to explore the Korean Cuisine in its special neighborhood.

There’s just about any kind of international cuisine you can imagine throughout Santa Clara.

Santa Clara is known as The Mission City and as we go through the safety advice, we’ll explain why.

There's a low overall risk here. This is a safe community with a lot of safe options.

You've got the Valley Transit Authority (VTA) for bus service and light rail that runs through all of Silicon Valley. The Bay Area Rapid Transit System (BART) is not connected to Santa Clara as of early 2022. There are plans for expansion down the road. Taxis and rideshares are safely available too.

With just 10 reports of pickpockets and purse snatching, that's a low risk. The biggest thefts were from cars, so keep it locked up and empty, with all valuables being inside your hotel room or with you, if needed.

Santa Clara is in a highly active earthquake zone. You might feel a few rumbles, but to people in this area, it's as common as a severe thunderstorm in the Midwest. There is a chance for a major earthquake at all times, but it's just a commonly accepted risk here. That's a medium risk just due to the potential for a big quake, and it means you should study earthquake safety before you go.

There were just a handful of highway robberies in Santa Clara in 2020, so that's a low risk. Cars are more likely to get "mugged" than people.

This is a critical area for the IT security and national safety of the United States, so that's going to come with medium risk. Homeland Security does focus extra attention on these bigger target areas, so you don't need to do anything additional except stay vigilant and if you see something suspicious, report it.

There are a handful of scams in this area, but they focus on locals. One to be wary of is a person claiming to be the mayor and saying you've won a lottery or jackpot. Don't fall for it. There's a low risk this will happen to you, but never believe something that seems too good to be true.

No part of the crime numbers shows this city is any more dangerous for women than men. There's a low risk.

The Bay area is known for having some of the best tap water in the country and Santa Clara falls in line with that. All water meets or exceeds standards and is tested several times daily. There's a low risk.

Great America Park is a wonderful way to spend the day.

There’s a lot of something for everyone in the family, from death-defying rollercoasters to water rides to carnival games.

If you have the time, can you try one of the French Quarter Funnel Cakes for me?

Get into the sporting mood by taking in a game or event at Levi’s Stadium.

This is the home of the San Francisco 49ers.

Even on non-game days, you can check out the on-site museum with the history of the football team.

Techies will love the Intel Museum.

It’s closed on Sundays, but open free to the public every other day, except holidays.

Here you can see the history of Intel technology throughout the years.

The Rivermark neighborhood is great to drive around and see the different styles of homes and condos while having unique restaurants.

Franklin Square offers a farmer’s market on Saturdays with some fresh-picked fruit from the fields of Northern California in a laid-back setting.

If you need to get in some shopping, The Great Mall is one of the biggest and best choices.

This is an interior outlet mall with more than 200 stores.

Santa Clara Town Centre has more of the familiar brands with national food chains tucked in.

No matter what religion you are, seeing the missions of California is just so invigorating.

The Mission Santa Clara de Asis is located on the grounds of Santa Clara University, one of the oldest higher education options in the state.

This mission has been destroyed and rebuilt no less than five times of its lifespan, and is why the city is known as The Mission City.

Places to Avoid in Santa Clara

Crime maps show the area just to the west of the San Jose airport has the highest number of crimes.

There’s a stretch along Highway 101 which has crime, but it’s pretty common for areas along freeways to have crime.

Neighbors describe the area as having “pockets” of less desirable areas, but not “bad neighborhoods.”

As far as where you stay and where you should avoid, one big complaint I saw online is the train and/or rail line noise.

You should ask when you are considering booking if there is:

Santa Clara is right next to the larger city of San Jose, so you might get some spillover of criminals from there.

It’s not the gang-infested city some places in Northern California can be, but it does have a little more edge to it than nearby Sunnyvale.

The biggest complaints I hear from neighbors there are the petty thefts like car break-ins, vandalism, and a few home burglaries.

This is a city that hasn’t had more than three homicides in any year all the way back to 2010.

So... How Safe Is Santa Clara Really?

I’ve done a lot of research on safety in cities in my career, and I can say generally I see crimes rates that look like this:

This isn’t a place where crazy violent crimes happen often.

It’s an upscale community with an average income of $126,000 and people live in a home that costs, again on average, $1 million.

It’s definitely a busy side of Silicon Valley, with as much for tourists to do as there is for locals.

You’re also nestled up to San Jose, and right by the airport.

That could bring more crime.

Even the people who discuss their beloved city on social media say the worst crimes they see are car break-ins and vandalism, and it doesn’t seem to bother them too much.

How Does Santa Clara Compare?