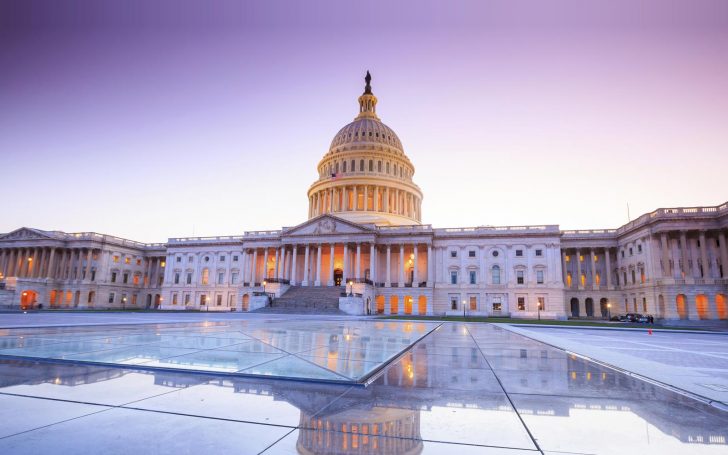 A world-class metropolis that is only fitting for the capital of the United States, Washington, D.C. is the seat of America’s three branches of government, as well as the federal district of the U.S.

The city has an unmatched amount of free, public museums you can visit and it’s the base of the nation’s most loved memorials and monuments, like the Washington Monument or the famous Lincoln Memorial.

The vistas on the National Mall between the Capitol, Washington Monument, White House, and Lincoln Memorial are worldly famous as pillars of the world’s wealthiest nation.

Washington D.C., however, isn’t only a political and cultural center of America.

No, it has everything a tourist might want to experience: a bunch of shopping, dining, and nightlife opportunities of a class you’d expect in the American capital.

Washington D.C. is overall very safe to travel to, with some dangerous areas and spots where you might feel uneasy. However, the criminal activities that occur only apply to dangerous parts of the city, which are rarely frequented by tourists.

Washington D.C. has safe and convenient public transport, though you shouldn't let your guard down. Be extremely vigilant while on public transport and don't linger around the bus, railway and metro stations.

Occasional natural threats exist in the form of occasional strong blizzards and snowstorms that have been known to hit Washington D.C.

Muggings can be a problem in the neighborhoods of Shaw, Adams Morgan, and Near Northeast and the area around the Gallery Place-Chinatown Metro station. These are areas that are frequented by tourists after dark as this is where the nightlife happens. Don't avoid them, just be careful around them.

Excluding isolated shootings, Washington D.C. hasn't been the target of any terrorist attacks recently, but the attacks shouldn't be ruled out. Be aware of your surroundings at all times.

Just like in other tourist destinations, there will be people trying to scam you in Washington, D.C, too. Homeless people can turn aggressive if you refuse to give them money. Be wary of anyone trying to distract you, flashing large signs in front of you or ATMs that look like they've been tampered with.

So... How Safe Is Washington DC Really?

Back in 1991, Washington was known as the “murder capital”, with an extremely high number of homicides annually.

However, these numbers have dropped significantly, and as a tourist, you are highly unlikely to experience anything similar to a violent crime. Generally, in the U.S. chance murders don’t happen that often.

Those who have been victims of homicides have known their killer for a long time before the crime.

The crime that goes on in Washington D.C. is usually confined to certain dangerous neighborhoods and individuals that know each other from the streets.

All tourists should take the usual precaution measures, just as they would in any other city or their hometown. This means avoiding dark alleyways any communication with unknown people.

As for crimes of property theft, they are an issue in the nightlife-centered neighborhoods of Shaw, Adams Morgan, and Near Northeast and the area around the Gallery Place-Chinatown Metro station.

This is not to say that you should avoid them: it would be a real shame.

Still, remain vigilant when moving around these neighborhoods.

Bear in mind to not use your mobile phones as liberally as you would someplace else because they are a very popular snatch-and-grab item around the Metro stations and on the trains.

How Does Washington DC Compare?