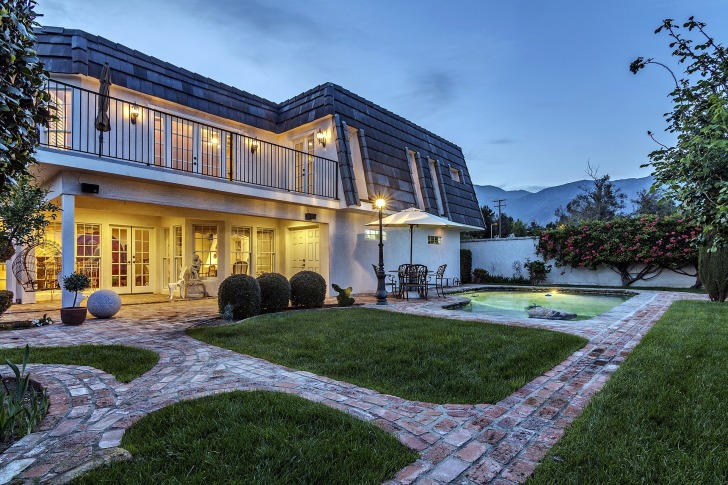 Rancho Cucamonga sits at the base of the Cajon Pass near the San Gabriel Mountains.

While it’s a high-density suburban area, the outdoors are always calling.

You’ve got local, regional, state, and national parks all within a short driving distance.

There’s an in-town winery, so no need to drive more than an hour to get that experience.

You’ve got two beautiful shopping areas to get great deals on retail items.

Recently named an All-American City for its dedication to health and well-being, Rancho Cucamonga is quickly becoming a place where people want to live a healthy and safe life.

The crime rates are lower than in some surrounding cities, and the diversity is an attractive quality as well, with 35% Caucasian, 38% Latino, and 13% Asian.

Fans of the movie Next Friday will recognize this landscape as the place Craig was sent to live with his uncle who had just won the lottery.

There's a low overall risk here. The crime rates are mostly below the national and California averages. It's a town engaged in its safety and community spirit.

For public transportation, you have a MetroLink rail line and OmniTrans bus service. Cabs and rideshares are plentiful and they all come with low risk.

There's a low risk here too, as just 13 pickpockets were reported in 2020. The overall theft rate is slightly higher than the national average, with thefts from cars driving up that rate.

The minor league baseball team here is named the Quakes and they play in the Epicenter, so you can see the community embraces the earthquake potential here. There are also wildfire risks and extreme wind concerns, especially during the second half of the year when the Santa Ana winds kick up. There's a medium risk due to these dangers, but they aren't as common as they are potentially catastrophic when they happen.

Robberies here are almost half the national average. There's a low risk here too.

There's a medium risk as with all areas in or around the Los Angeles Basin. Being a large town with big tourist attractions is appealing to terrorists. Each city and county has an emergency management plan in place to deal with all potential risks, including a terrorist attack.

There's a low risk here. Most scams are aimed at residents. One word of caution, because as people travel they tend to make a lot of phone calls. A local elderly man here thought he was calling Best Buy to make a return, but it was the wrong number. The scammer managed to get $10,000 out of the man before it became clear this was a scam. Make sure you get any phone number from a legitimate website and if you are ever asked to wire money or buy gift cards to get a product, that's a clear sign it's most likely a scam.

There's a low risk for women here. The rape percentage is lower than the national average. There are also attractions here designed for the convenience of women. The only word of caution is that some neighboring communities aren't as safe, so before you wander outside city lines, check out the rest of the area in our other reports.

The Cucamonga Valley Water District (CVWD) says there's a low risk and updated their 2020 Annual Report with this message, "CVWD is pleased to report that we had zero water quality violations in 2020. Our commitment is to continue providing this community the water it needs to thrive, now and in the future."

Maybe this is where you can find the real Victoria’s Secret?

(I’ve been waiting to make that joke the whole time I was writing this!)

There’s also a brand new movie theater there and a Bass Pro Shop just across the east side of the mall.

The next shopping option is the largest outlet mall in San Bernardino County.

Ontario Mills is technically in Ontario, but it’s right on the Rancho Cucamonga border.

If dining is a deciding factor for which mall you go to, Ontario Mills has three times the number of restaurants as Victoria Gardens.

You’re *this close to the San Gabriel Mountains in Rancho Cucamonga.

There are four wilderness areas in the mountains, and you can even climb the highest peak in the L.A. Basin on Mt. Baldy.

Wine lovers should take a few hours at Joseph Filippi Winery, right in the city limits.

This family has been making wine for almost a century and continues to expand its brands and flavors.

Places to Avoid in Rancho Cucamonga

Crime maps show the farther north you go, the lower the crime rate.

Of course, you’re getting away from all the busy parts of the city when you do that.

South of Foothill Boulevard, the crime rates go up, but that doesn’t mean you should avoid this area.

Just be aware of it.

Rancho Cucamonga is nestled in a safe area, but there are cities just a few miles east, west, or south, where the crime story is much different.

We have detailed information on all those cities on this website, so check it out before you go venturing outside of Rancho Cucamonga.

The central location of this city is great, as you can easily get to the mountains, desert, or beach, but that comes with a lot of traffic.

If you can avoid traveling during the rush hours, that’s ideal, but aside from driving at 4 a.m., you are going to be sitting in a good deal of traffic.

So... How Safe Is Rancho Cucamonga Really?

While it’s not as safe as, say, Silicon Valley, it’s safe compared to the area around it in San Bernardino County.

Are there gangs and drugs?

Will you see it as prominently as other cities?

Let’s take a look at your chances of being a victim of crimes:

The city hasn’t had more than four homicides in a year since 2012.

I read a lot of social media comments from residents to learn more about the safety of a city.

One thing that stood out is nobody in Rancho Cucamonga complained about the crime, homeless, drug problems, or bad areas.

It was more arguing about the best place to eat (follow @rancho_cucamonga_eats on Instagram to get a good grasp of the food scene.)

People here love their city and hate that it gets a sully reputation because it’s in the Inland Empire, which does have a bit of a bad reputation in some circles.

How Does Rancho Cucamonga Compare?