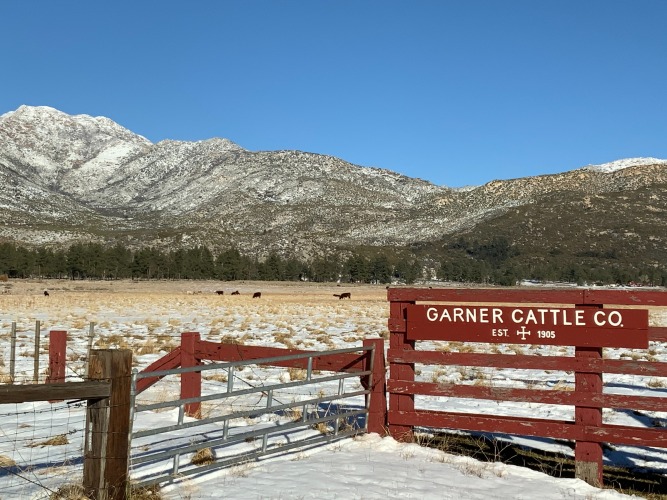 Hemet, California is a smaller city in the Inland Empire of the Los Angeles metropolitan area.

Once known for its trailer parks and retirees, Hemet is turning a page in its own history and it’s a great time to visit.

This is a town that isn’t a show-off.

It embraces where it came from and where it wants to go.

It’s a diverse working-class community and most of the people here own their homes.

The slogan in the 1980s was “Hemet is Heaven” and has now transitioned to a tongue-in-cheek “Hemet is Hemet” after a crime wave swept the city after the 2008 housing crisis.

The location couldn’t be more ideal for someone with wanderlust.

Hemet doesn’t historically have the best reputation, but recent crime numbers paint an improving picture of this booming town.

It was ranked by Business Insider as one of the most miserable cities in America, but as one resident of Hemet posted on Reddit, ” I mean it, someone helps me to comprehend how this is apparently the worst place to live on earth.

Because I’m having a pretty nice time.”

There's a medium risk here. There are concerning violent crime and robbery numbers, but a good chunk of that is domestic issues or gang-on-gang crimes. It is by no means a top tourist destination, but it also doesn't try to be.

Riverside Transit Authority can get you around Hemet and to other locations in Riverside County. Metrolink does not have a Hemet stop. You also have cabs and rideshares as options. All are low risk, but you'll want a car if you are visiting Hemet and really want to explore the surrounding area.

14 pickpockets were reported in Hemet in 2020, which isn't a high number, but it's more than other cities I've researched of similar size. There's still a low risk, but it's worth noting you still need to keep a good grip on personal belongings.

There's a risk of earthquakes, wildfires, and extreme heat here. While a normal day is going to be warm and sunny, the bad things that can happen here can get really bad, so we're giving it a medium risk, hoping you'll educate yourself on these concerns. Sign up for Listos alerts to stay on top of any developments during your visit.

There's low risk if you are following good safety protocol and not wandering around town at night. This city has an edge to it, but there's not an overwhelming fear of being mugged at all times.

There's a medium risk because this is part of a massive metropolitan area that is home to military bases, tourist attractions like Disneyland, and big corporations.

You'll have a low risk of being scammed here as most are targeted at locals. Elderly residents are especially vulnerable to scams here. Tourists shouldn't be worried but always follow the "if it seems too good to be true, it probably is" philosophy.

There's a low risk for women who travel here, again, if you follow safety measures. There are dangers in this town, but if you're protecting yourself and not meeting up with someone you met online or getting drunk at a local sports bar, you shouldn't be worried.

Tap water in Hemet is safe to use and there's a low risk, according to the most recent Water Quality Report. The utility states, "In 2020, your drinking water met all U.S. Environmental Protection Agency (USEPA) and State drinking water health standards. There were no violations of maximum contaminate levels or any other water quality standards."

Safest Places to Visit in Hemet

Check out what’s going on at the Ramona Bowl during your visit.

This is home to an outdoor play that has been going on since 1923 called The Ramona Pageant.

Throughout the year, other events are held here as well, from performances to swap meets.

Get a prehistoric lesson at the Western Science Center, where you can see the bones of Wooley Mammoths and Mastodons.

You’ll be amazed at what the Southern California desert looked like during the ice age.

It’s great if you can plan a night of stargazing at Joshua Tree National Park after a day of hiking.

The spectacular views away from city lights will make you see the Milky Way in a whole new way.

Anglers, boaters, hikers, and bicyclists will love Diamond Valley Lake on the southwest corner of the city.

The Diamond Valley Marina has food and shopping options, so there are more amenities than a traditional park.

Look for the wildflower trail in spring to see beautiful fields of blooms.

At West Florida Avenue and North Kirby Street, you’ll find the Hemet Valley Mall and Hemet Village across the street if you want to do some shopping.

This is also the restaurant core of the city.

Places to Avoid in Hemet

Hemet isn’t really big enough to have huge swaths of neighborhoods to avoid.

Driving across the entire city takes 20 minutes at most.

The city boundaries are also jagged, so there are parts of town considered Hemet that are really unincorporated Riverside County.

You’ll want to avoid Florida Avenue after dark, but as one Redditor said, “I wouldn’t go walking around any main road at night in any city.”

You’re not going to find a city in Riverside County that doesn’t have gang activity and there are a total of eight gang task forces throughout the county.

Avoid driving through neighborhoods if you don’t have a reason to be there.

This isn’t the kind of town where you want to marvel at the huge homes or unique architecture.

If you see a lot of graffiti in an area, that means there’s gang activity there, so avoid it.

Safety Tips for Traveling to Hemet

So... How Safe Is Hemet Really?

Most crime rates are going down in key categories like violent crime, robbery, and theft.

Four of those were strangers and the rest were victims known by their assailants.

There were no victims over 50.

Here’s how the risks break down by the crimes most likely to impact tourists:

Redditors in Hemet are very vocal and interactive, so it’s a good idea to review some of those forums.

One newcomer wrote about his experience with crime in Hemet.

“Overall, I haven’t seen much crime either since I’ve moved here.

I did have a guy try to sell me pirated game discs, movies, and weed, all in the same pitch.

But that was my bad for trying to get a burger at 4 am.”

That’s a great example of why you shouldn’t be out late at night.

I’ve written more than 200 travel articles and there have only been two cities I could say “go for a run after dark because it’s not a big deal.”

Most cities are going to be riskier after dark.

There is a good deal of crime here, but only robbery is above the national average.

There’s also not a lot to do here, so unless you are visiting family or staying for work, there are more cities with better amenities in Riverside.

However, Hemet isn’t going to leave you bored with all the options in the 90-minute drive timeframe.

How Does Hemet Compare?