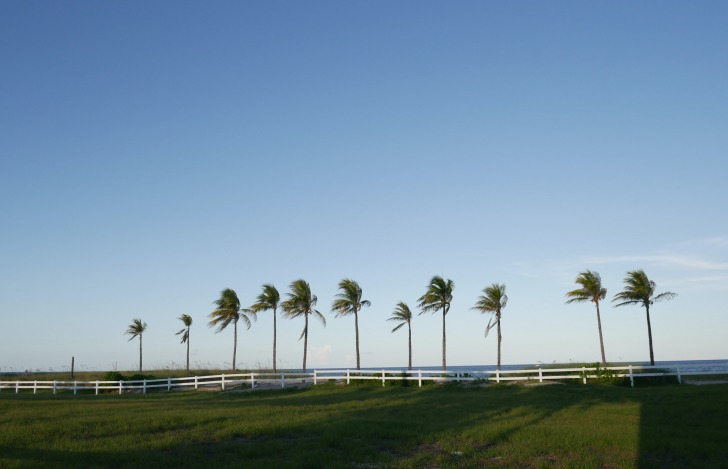 Lauderhill, Florida, is a city northwest of Fort Lauderdale, and the shape of the city resembles a staircase.

It’s home to the only cricket stadium in the United States.

The city is among the most ethnically diverse in the Miami metropolitan area with only 9% of the community being Caucasian.

This community was born from an idea in New York and, in the 1980s, was mostly a place for Jewish people to retire and other retired people to snowbird during the winter months.

Slowly the ethnicity of the city changed and now there’s a large population from the West Indies and the Caribbean here.

37% of the community was born outside of the United States.

This brings a great cultural flair to what otherwise would be just another bedroom community.

There's medium overall risk. The crime numbers are either at or above national levels. It's not a big tourist destination unless you are visiting friends or family or you are a snowbird in this area.

There's a low risk of using public transportation here. Taxis and rideshares are registered with Broward county and Lauderhill has a community shuttle to get around. I would recommend getting a rental car if you can, so you can explore the greater Miami area.

There were 43 reports of pickpocketing in this city of almost 75,000 people. Theft rates are 25% higher than the national average. We'll call this a medium risk just because of all the high crime rates on top of the theft rate.

Hurricanes are the biggest concern. The season runs from June through November. Severe thunderstorms can happen year-round but mostly come in the summer. Due to the intensity of these storms, we'll call it a medium risk.

There's medium risk. More than half of the robberies reported in Lauderhill were "highway robbery", which means it's likely a crime against a traveler. There were 52 highway robberies. While that is still just a one in 1432 chance of being a victim, it's concerning enough in a community that also has twice the violent crime rate of the national average.

During a big event, the Cricket Broward Stadium might be a target. Combine that with the big ports and high population of the Miami area, and we've got to call this a medium risk.

Scams against elderly homeowners are a big risk here. In a retirement community, scammers know people have money sitting in the bank and will go to extremes to get it. They will also ask people on the street for donations to what ends up being fake health organizations. This is medium risk just because of the potential. Protect yourself and your loved ones in this community by never giving out personal information and only donating to organizations you know are legitimate.

There's medium risk. Rape is the same as the national level. 29 rates were reported in 2020. Lauderhill is a city where you should have a specific reason to be there or don't go. If you are visiting the swap meet, take a friend or two. Don't walk around alone at night.

A low risk comes with drinking or bathing tap water. The city meets or exceeds the state and federal standards, plus it hasn't had a violation since 2017.

Safest Places to Visit in Lauderhill

The main reasons you would visit Lauderhill are centered off of West Sunrise Boulevard near North State Route 7.

The Fort Lauderdale Swap Shop is among the largest daily flea markets in the world.

It’s open every day of the year, including holidays.

This 88-acre venue is something you just have to see to believe.

From name brands to novelties, with every kind of ethnic food you can imagine, you could spend a whole day here.

Don’t miss the 14-screen drive-in movie theater, ranked one of the best in the country.

The Broward County Stadium is the largest cricket stadium in the world and also hosts music events.

The sport of cricket is growing internationally, but even I had to Google what it is.

It’s a high-energy sport and worth seeing.

The Ilene Lieberman Botanical Gardens is a nice outdoor spot in the middle of Lauderhill.

There’s a pier and public art, plus several playgrounds.

Places to Avoid in Lauderhill

Crime maps show the most dangerous areas are where all the fun things to do are located, so you need to be alert when visiting those places listed above.

When visiting the swap meet, don’t bring out a large wad of cash to pay for purchases.

As with any swap meet, there will be haggling over prices.

My trick to this is that I would be sure to wear shorts or pants with many pockets.

I would never let them see my other pocket with money.

I certainly wouldn’t give a $20 and ask for change.

Even travel reviews of this place say most vendors “can’t break $20s.”

Other than that, the neighborhoods can be hit or miss, but generally the farther north and west you go in Lauderhill, the safer it is.

There is also less to do the farther you go in those directions.

Safety Tips for Traveling to Lauderhill

So... How Safe Is Lauderhill Really?

Lauderhill is a tale of two cities.

The northwest side is mainly retirees, many of them Jewish, just living out their golden years in the beautiful sunshine.

This is also where a lot of snowbirds stay.

The farther east you get, the more you get into the retail and entertainment hub, and the higher the crime rates go.

Here’s how the statistics break down on your chances of being a victim:

All of those rates are at least 25% higher than the national average.

It’s an ethically diverse community that can bring great sharing of culture, but it can also create misunderstandings of cultures.

20% of the community lives in poverty.

It’s not the safest area.

There is only one hotel option within the city limits.

If you aren’t visiting or staying with family here, there are safer neighborhoods to stay in with more to do nearby.

How Does Lauderhill Compare?