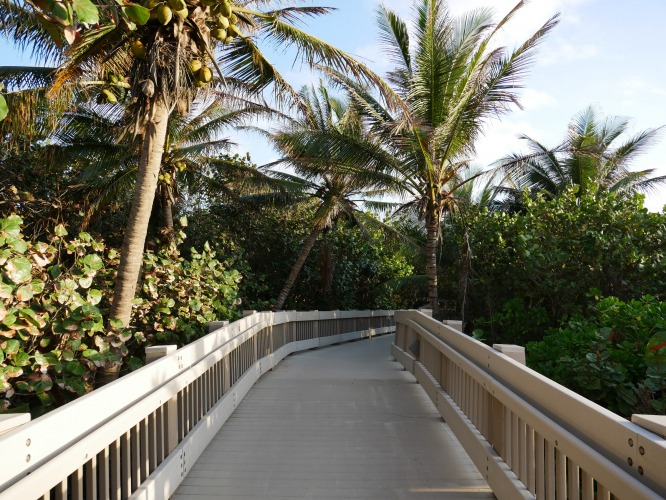 For tourists looking for a small-town vibe with big-city amenities, Boca Rotan has it all.

With its pristine white beaches, historic buildings, unparalleled hospitality, and upscale shopping centers, this bustling college town have much to offer for its visitors.

Incorporated as a city in 1924 as “Bocaratone,” this Florida city, just 45 miles north of Miami, boasts a population of about 100,000 people.

Celebrities who live or grew up in Boca include Bon Jovi, Adam Sandler, and Ariana Grande (to name a few).

Home to Florida Atlantic University’s main campus, Office Depot’s headquarters, and the Chris Evert Tennis Academy, Boca Raton is filled with things to see and do.

If you think Boca is where you’d like to spend your next vacation, we can help.

Here are some tips to help you plan your trip to this charming, elegant Florida city.

Lauded for being one of the safest cities in Florida, Boca Raton is, statistically speaking, very safe for tourists. The US has an average violent crime rate of 398.5 per 100,000 residents. Boca’s violent crime rate is nearly half of that. So tourists can rest assured that there will be a low overall risk for their safety when visiting Boca.

Although there are no visible complaints about transport and taxi safety in Boca, some reviewers have complained about Metro Taxi’s (Boca’s main taxi company) lack of reliability and generally poor service on its Yelp page. That being said, the best way to get around the city is by walking or using the Downtowner, a free, simple tap-and-ride service. With no visible complaints about safety for any of the city’s transport services, we can conclude that the city has a low transport & taxis risk for tourists.

There are no recent reports about pickpockets in Boca, but in January 2021 police in nearby Delray Beach did warn about a spike in pickpocketing cases. This warning was issued because there had been instances of smartphone thefts at bars and restaurants along East Atlantic Avenue. Therefore, tourists in Boca who plan on traveling to nearby cities, such as Delray Beach, should be aware of pickpocketing risks. However, tourists can rest easy in the fact that there’s, all in all, a low pickpocketing risk in Boca Raton itself.

Because of its tropical Florida climate, Boca Raton is susceptible to tropical storms, hurricanes, and floods. Along with some of these natural disasters come power outages, which can be a major inconvenience for both residents and tourists. With this in mind, tourists should prepare for a medium natural disasters risk, especially during hurricane season, which runs from June to November each year.

A person’s chance of falling victim to robbery in Boca can be as high as 1 in 345 in the east part of the city and as low as 1 in 3,424 in the southwest. On average, Boca Raton’s robbery rate is .94 for every 1,000 residents in a typical year. These fairly low rates indicate that Boca has a relatively low mugging risk.

Because of its high concentration of wealth and affluence, Boca Raton does tend to attract a sizable population of fraudsters and scammers. According to the Boca Raton Police Department’s website, common scams include lottery, phone calls, investment, and vishing (voice phishing) scams. If we take this information into consideration, we can conclude that Boca has the risk of a comparatively high scam.

Boca’s tap water, according to Tap Safe, is drinkable. But travelers should bear in mind that the tap water, which comes from the Biscayne Aquifer, contains a high concentration of organic material and is high in color. People who think this might pose a threat to their health should invest in a high-quality water filter, such as absorption or reverse osmosis filter. That said, Boca’s tap water risk is overall quite low, with the tap water being quite safe for drinking and everyday usage.

All of Boca Raton’s tourist-friendly places are safe, offering an array of entertainment options for tourists, from beaches to nature parks to shopping malls to theaters.

As a coastal Florida city, Boca Raton is home to some of Florida’s most picturesque beaches, with their clear blue waters and soft white sand.

Meanwhile, people with an affinity for shopping and culture can take a stroll through Mizner Park.

This tropical oasis houses the Boca Raton Museum of Art and offers a plethora of boutique shops and restaurants, in addition to an outdoor amphitheater.

They can also visit the Town Center, a well-known luxury shopping center that “features an outstanding mix of upscale and elite specialty shops,” according to its website.

Places to Avoid in Boca Raton

According to Crime Grade, the east neighborhoods are the least safe area in Boca Raton.

However, a report by Area Vibes shows that Boca Raton, as a whole, is safer than most other US cities, with crime rates that are 8% below the national average.

Additionally, the city’s violent crime rates are 48% below the national average.

As long as tourists stay within the tourist-friendly parts of the city, such as the beaches, shopping centers, and nature parks, they should be able to enjoy their vacation in Boca with peace of mind.

So... How Safe Is Boca Raton Really?

With its notably low crime rates, Boca Raton is an incredibly safe city for tourists and residents alike.

Boca is one of the safest cities in Florida, with crime rates well below the national average.

This is largely due to Boca’s well-funded and highly trained law enforcement.

Boca also happens to have a well-educated population, with 55% of its people having a bachelor’s degree or higher.

Although property crimes and scams do happen, their rates are only slightly higher than the national average.

Because of its better-than-average crime statistics, along with its excellent schools and array of amenities, Boca Raton is a popular place to raise a family.

In summary, Boca Raton is an extraordinarily safe place to have your next vacation.

Plus, it has an endless number of things to do, so you can almost be guaranteed a safe and fun vacation in this sunny South Florida city.

How Does Boca Raton Compare?